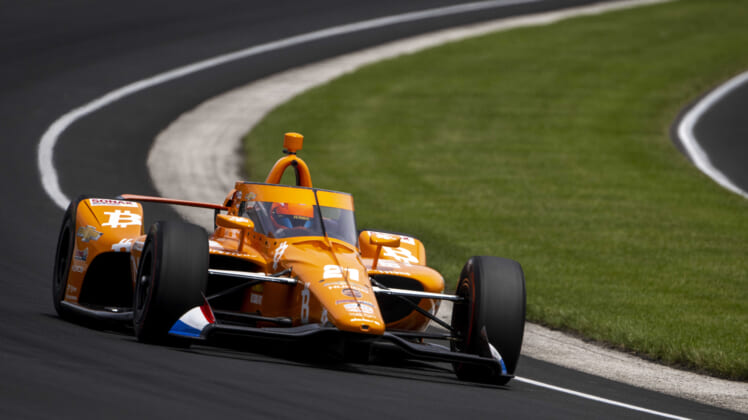 The Indy 500 got off to a roaring start for Rinus VeeKay, but his day took a nasty turn after crashing into the wall as he held second place in the Indianapolis 500.

VeeKay, who entered 3rd in the starting grid, was in a perfect position early in Sunday’s race as he held his positioning in the top three at the Indianapolis Motor Speedway. That’s when something snapped in the car, forcing him to lose control and slam into the wall.

The yellow flash was immediately waved, with all drivers thankfully avoiding the mangled car. NBC was on a commercial break when the crash happened, but replay and still shots captured the collision with the wall and the fireball.

Fortunately, VeeKay emerged from his car and was able to get out and walk away under his own power. An update is expected to be provided after he visits the infield care center, but he should be alright.