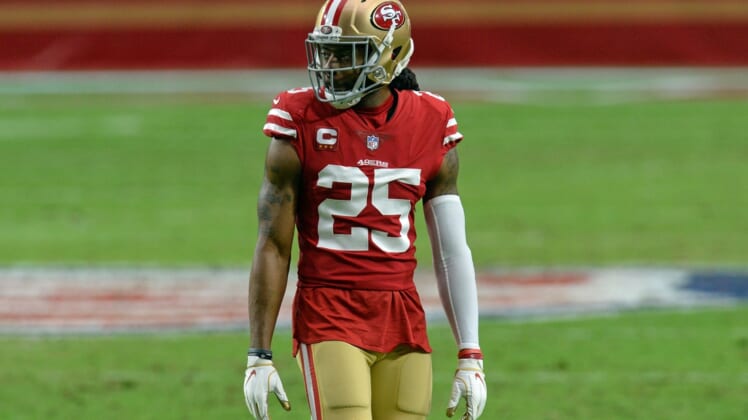 Coming off the most injury-riddled season of his 10-year NFL career, Richard Sherman admitted that he has his exit plan in mind.

Soon to be a free agent after playing his previous three seasons with the San Francisco 49ers, Sherman shared his plan to step away after the 2022 season, when he would be 34.

Sherman, who turns 33 next month, missed a career-high 11 games due to calf problems that forced him to miss Weeks 2-10 in addition to the final two weeks of the regular season for the 49ers. In his five games, he recorded 18 tackles and one interception as the 6-10 Niners battled injury issues in a first-to-worst season following a Super Bowl appearance in 2019.

In that 2019 regular season, Sherman recorded 61 tackles, three interceptions and 11 passes defensed in 15 games while making his fifth Pro Bowl.

In December, Sherman said he hoped to return to San Francisco, where he has played since 2018, but doubted the team could fit him under its salary cap — which currently projects to have just under $14 million, according to OverTheCap.com. The 2021 salary cap has not yet been officially set.

Sherman’s first seven seasons were spent with the rival Seattle Seahawks, with whom he made two Super Bowl appearances (winning one) and grabbed 32 interceptions. Sherman also earned three first-team All-Pro selections from 2012-14 as part of Seattle’s “Legion of Boom” defense.