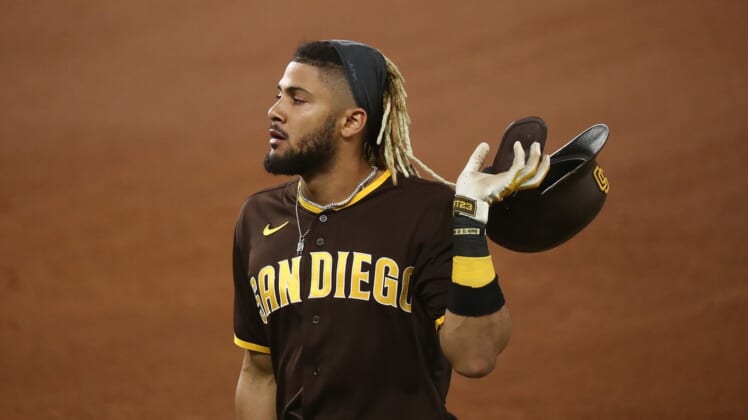 Fernando Tatis Jr. and the San Diego Padres reached an agreement Wednesday on 14-year, $340 million extension that would be the third-largest contract in major league history, according to multiple media reports.

Tatis, 22, won a Silver Slugger award after hitting .277 with 17 home runs and 45 RBIs in 59 games during the pandemic-shortened 2020 season. He finished fourth in National League Most Valuable Player voting behind the Atlanta Braves’ Freddie Freeman, Betts and Padres teammate Manny Machado.

His 39 home runs in 143 career games are the most by a primary shortstop in his first 150 games, according to ESPN Stats & Information.

Tatis’ extension begins this season and has a full no-trade clause, as well as a signing bonus of more than $10 million, with none of the money being deferred, according to MLB.com.