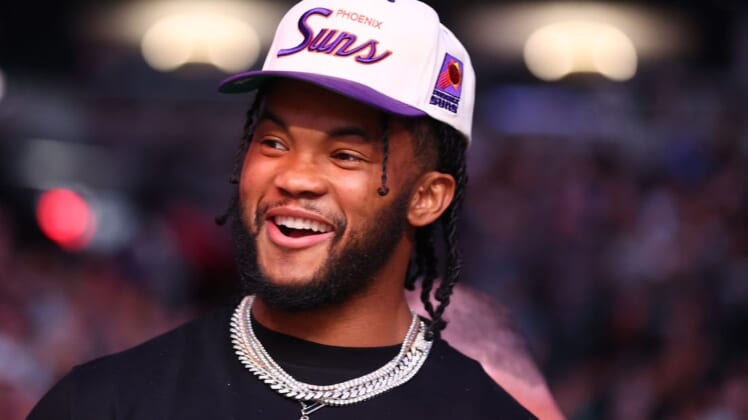 The move was expected as Murray and the Cardinals are at a standstill on talks about a contract extension.

The offseason between Murray and Arizona has included Murray scrubbing all references to the team from his social media at one point, and his agent later releasing a statement of more than 1,000 words saying Murray wanted a new contract.

Murray has never asked for a trade, which is good since Cardinals general manager Steve Keim said last month that there’s “zero chance” of that happening.

Murray is scheduled to make about $5.5 million in 2022, the fourth year of his rookie contract.

The Cardinals picked up the fifth-year option on Murray’s rookie contract late last month. The move guarantees Murray $29.7 million in 2023.

It also allows the two sides more time to negotiate a long-term deal.

In 2021, Murray passed for 3,787 yards and 24 touchdowns against 10 interceptions, and he also rushed for 423 yards and five touchdowns last season.

Murray made his playoff debut against the Los Angeles Rams in the NFC wild-card round and his performance wasn’t good. He completed 19 of 34 passes for only 137 yards and two interceptions in a 34-11 loss.

The Cardinals selected Murray No. 1 overall in 2019 NFL Draft.