Report: Stephen Curry injury worse than originally thought, could be out for season 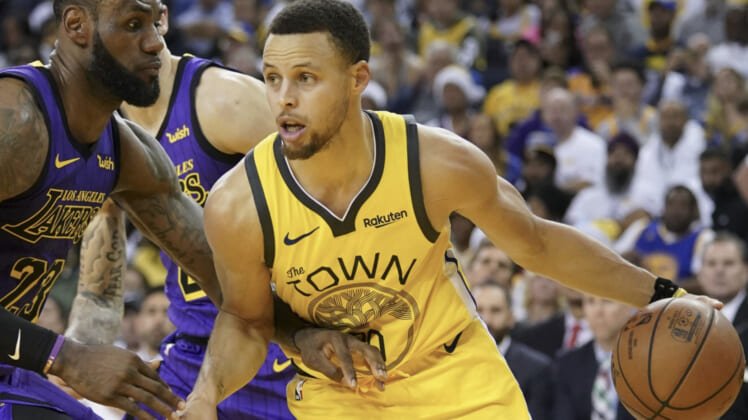 The Golden State Warriors could be without superstar Stephen Curry for the remainder of the season, according to Ric Bucher of Bleacher Report.

In a column describing Golden State’s fall from grace, Bucher reported a team source sharing that Curry’s “fracture was worse than originally thought.”

Curry injured his hand last Wednesday when he fell awkwardly, and it was immediately apparent that something wrong had happened (watch here). It didn’t take long for the Warriors to announce that Curry had a broken hand, and he underwent surgery to repair the damage.

The initial timeline released by the Warriors was that after three months, there would be an update. If that were to hold up, then there’s a chance Curry could return sometime in late February or March.

However, if the damage to his wrist was, in fact, worse than initially feared, it would not be surprising to see him miss the season entirely. Especially in light of the fact that the Warriors are likely looking at a lost season anyway due to this, and other, injuries.