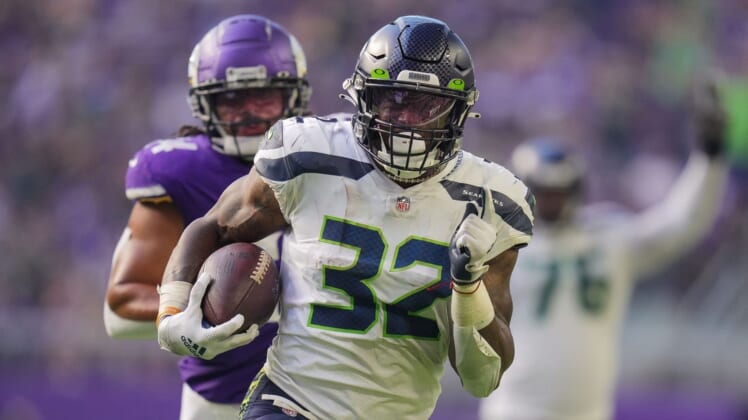 The team reportedly will release the two-time 1,000-yard rusher with a failed physical designation.

The 27-year-old Carson would be entitled to receive “several million” in injury protection benefits under the terms of the collective bargaining agreement, per the report. He signed a two-year, $10.43 million deal in March 2021.

Carson suffered a neck injury in a Week 4 win against San Francisco last season and was placed on injured reserve on Oct. 16.

He later had surgery to repair the injury, finishing the season with 232 rushing yards and three touchdowns and six receptions for 29 yards in four starts.