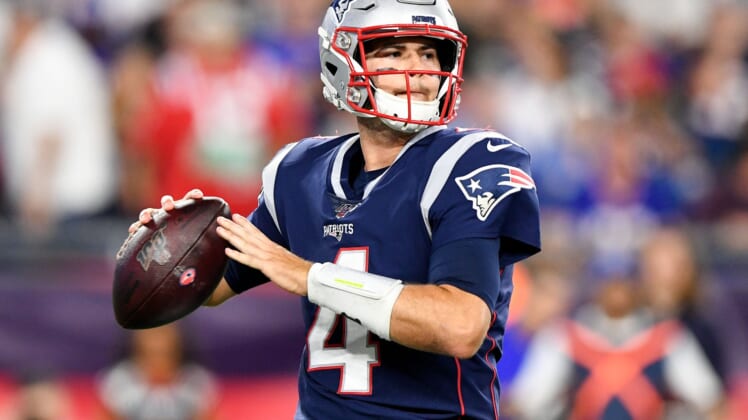 The New England Patriots will head into the 2020 season with a new quarterback leading their offense for the first time in nearly two decades. While Jarrett Stidham will have massive shoes to fill replacing Tom Brady, Bill Belichick reportedly is very confident that Stidham is ready to step in and replace the future Hall of Famer.

According to Bleacher Report’s Matt Miller, Belichick and offensive coordinator Josh McDaniels are very high on both Stidham’s readiness to start this season and his long-term future. After drafting the 23-year-old with their fourth-round pick in 2019, the Patriots view him as the quarterback of the future and the best option to replace Brady.

After Brady parted ways with New England, many expected the organization to pursue Jameis Winston or Cam Newton. However, the team reportedly isn’t that interested in Winston and Newton comes with medical concerns. Some speculation has even suggested that the Patriots could try and trade up for Tua Tagovailoa in the 2020 NFL Draft. As of now, though, it seems Belichick is ready to stick with Stidham and the belief that he can be this team’s answer at quarterback.

Many viewed as a likely top-10 selection in the 2019 NFL Draft before his final season at Auburn. Instead of progressing, he took a step back and his stock tumbled with the Patriots finally snagging him with the No. 133 selection. He impressed in the preseason with a 102.6 quarterback rating and 731 passing yards, while completing 67.8% of his attempts. Furthermore, a year learning McDaniels’ system and watching Brady’s work ethic up close likely helped the young quarterback develop further this past season.

While the Patriots brought in Brian Hoyer, the veteran quarterback will likely just serve as a backup with a great familiarity with the offense. The possibility still exists for the Patriots to add a quarterback in the 2020 NFL Draft, but it seems increasingly likely that Stidham will be the man to replace Brady.