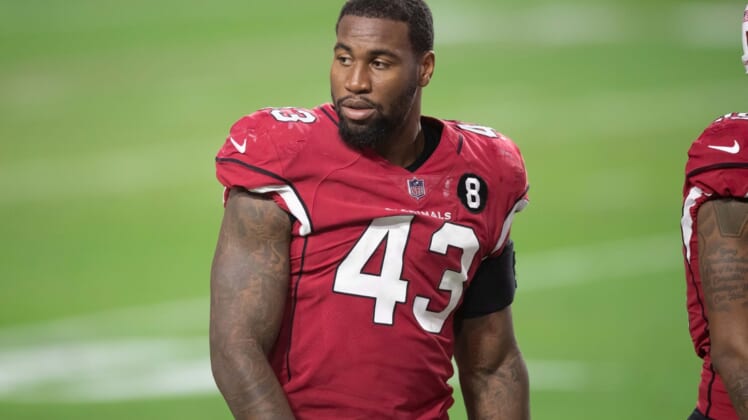 The shuffling of the Arizona Cardinals continues.

On the same day the team officially added big-name pieces to its offense, the defense took a hit as the Cardinals lost free agent linebacker Haason Reddick to the Carolina Panthers, NFL Network reported Wednesday.

Coming off a 2020 season in which he led the team and set career highs in several categories — including sacks (12 1/2), quarterback hits (16), tackles for loss (15) and forced fumbles (six) — sources said Reddick will sign a deal in Carolina worth a maximum of $8 million with $6 million guaranteed.

The writing was on the wall for a Reddick departure when the Cardinals inked a high-dollar deal for another pass rusher earlier this month, former Houston Texans star J.J. Watt, who signed a two-year, $31 million deal. Reddick’s career numbers following the team’s decision last May not to pick up his fifth-year rookie option (worth $10 million) were not enough to retain him.

In Carolina, Reddick will reunite with Panthers head coach Matt Rhule, who was his coach in college while at Temple. Reddick was a first-round draft pick (13th overall) in the 2017 NFL Draft.

In four seasons with Arizona, Reddick posted 255 tackles, 20 sacks, 33 tackles for loss and nine forced fumbles in 64 games (31 starts) while seeing action at both outside and inside linebacker.

He finished his final Cardinals season with a flourish — notching 7 1/2 sacks over his final four games of 2020, including a franchise single-game record with five in a Week 14 win at the New York Giants in December. He also forced three fumbles in that contest as part of six in a three-game stretch.