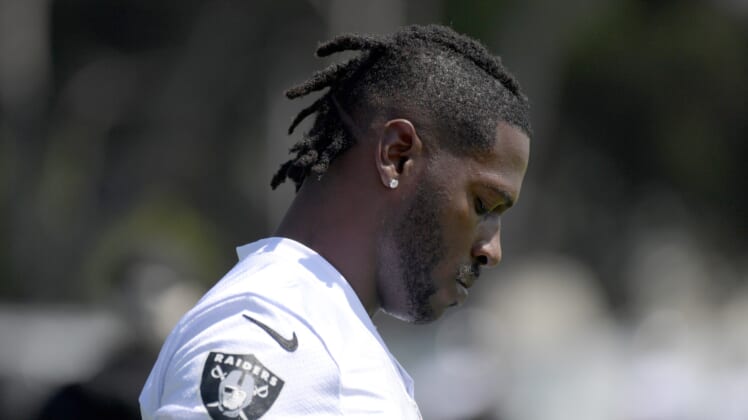 Oakland Raiders wide receiver Antonio Brown is once again in a team’s doghouse after getting into an altercation with general manager Mike Mayock on Wednesday.

Things were so heated during the altercation that Brown reportedly had to be held back by multiple teammates as he attempted to physically attack the general manager.

Now comes a bit more information, along with a specific slur uttered by Brown. According to Josina Anderson of ESPN, “Brown called Mayock a ‘cracker’ and unleashed a barrage of ‘cuss words’ during the altercation.”

According to Anderson’s source, Mayock stayed cool while Brown exploded: “[Mayock] was like, ‘I’m cool, I understand your displeasure,'” the source said. “[Mayock] sort of just like … just walked away because he saw it escalate.”

This altercation was sparked by Brown having taken to social media with a picture of the letter Mayock sent to him in which he gave Brown notice he was being fined by the team for missing practice and a walk-through.

Brown also has unfollowed the Raiders and Derek Carr on Instagram in an apparent passive-aggressive display of anger.

Since then, the Raiders have reportedly considered suspending Brown in Week 1, and national insiders have noted the team may be looking to void his contract and guarantees altogether.