It looks like English soccer star Jude Bellingham is the next big thing in the sport, and Spanish powerhouse Real Madrid is set to make a bold offer to land him on their roster next year.

Frenchman and Paris Saint Germain superstar Kylian Mbappe has quickly become the face of soccer after he exploded onto the world stage at 19 as a member of the 2018 World Cup-winning French National Team. Since then he has landed on the cover of video games and become the highest-paid athlete in the sport earlier this year.

Following in Mbappe’s footsteps, it seems that England’s Jude Bellingham is becoming the next great player in the sport. The Borussia Dortmund midfielder was already on the radar of Bundesliga and diehard football fans, but his impressive showing for his country during the World Cup has increased his value with many powerhouse clubs around the world.

Also Read: 10 best soccer players of all time, from Mbappe to Pele

While legendary clubs from his native England, like Liverpool FC and Manchester City, are reportedly targeting him for a transfer in 2023, it seems the biggest team in Spanish soccer is prepared to blow offers from others club out of the water.

On Friday, ESPN reported that Real Madrid is expected to intensify transfer talks with Dortmund to land the midfielder. The club is allegedly very confident they can get a deal done because of the strong relationship between Madrid president Florentino Perez and Dortmund CEO Hans-Joachim Watzke.

The club will be in direct competition with Chelsea, 2021 champions Manchester City, Manchester United, and Liverpool — who were reportedly favorites to secure the Englishman’s services next year. The outlet revealed that Real Madrid feels confident but is “unwilling to make what they would view as a ‘crazy’ offer” for the young star. 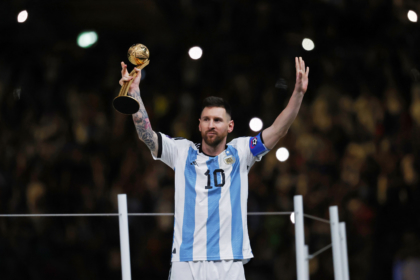 The Spanish LaLiga club is expected to put up $106 million to score the Bundesliga star heading into 2023.