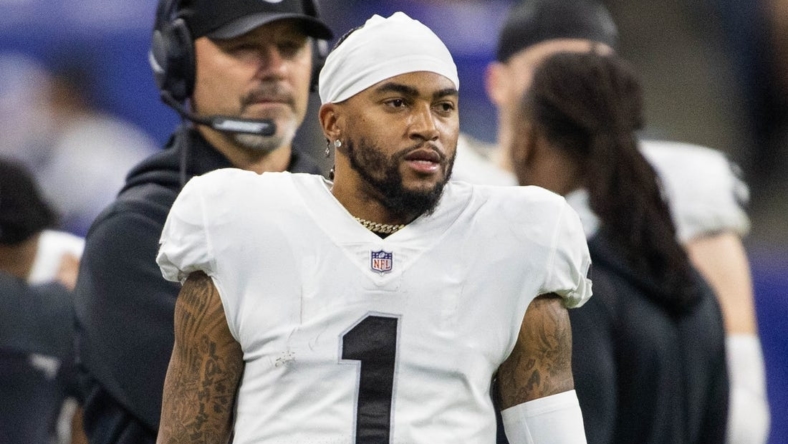 The Baltimore Ravens activated veteran wide receiver DeSean Jackson from the practice squad, and he is expected to make his season debut Monday night against the New Orleans Saints.

The team also activated WR Binjimen Victor from the practice squad. Victor and Jackson would help the short-handed Ravens, who will be playing without All-Pro tight end Mark Andrews (knee/shoulder) and No. 1 wide receiver Rashod Bateman, who was placed on injured reserve with a Lisfranc foot injury.

The Ravens signed him to the practice squad on Oct. 18, and Jackson said he’s ready to play.

“I’ve been doing this a long time. If I wasn’t (ready), I wouldn’t be here,” Jackson said, per the team website. “I enjoyed my time back home this offseason and training camp. (But I ) decided to jump back into it. Anytime I’m into something, I put my all into it.”

The Ravens hope he can continue his “Monday Night Football” success. In 16 career games on Monday, Jackson has 1,228 receiving yards and seven touchdowns.

Among active receivers, only Julio Jones of the Tampa Bay Buccaneers has more receiving yards than Jackson.

Victor, 25, would be playing in his first NFL game. The undrafted Ohio State product spent parts of the 2020 and ’21 seasons on the practice squads of the New York Giants and Ravens, respectively, and Baltimore re-signed him to the practice squad in September.