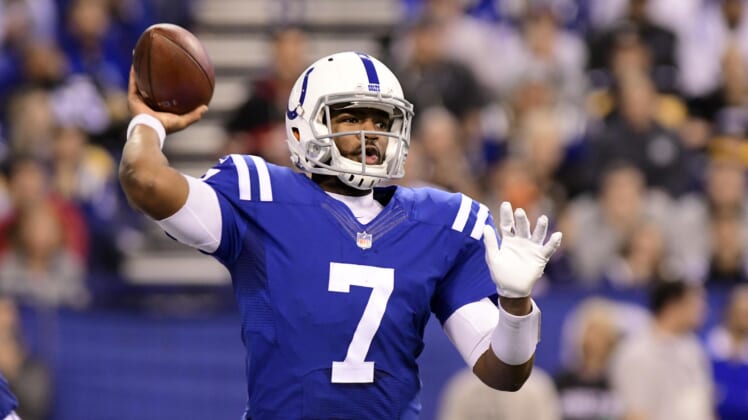 There were some monumental shifts across the NFL landscape this offseason as quarterbacks changed teams in jaw-dropping numbers. The greatest quarterback of all time ditched his team of two decades. Multiple starters were on the move. It was a legendary free agent quarterback class in 2020.

Don’t expect the same thing to happen in 2021. In fact, the quarterbacks slated to become free agents next March represent a downright lackluster overall group. Still, there’s going to be a high degree of interest in those at the top.

With that in mind, here’s how we rank the top of the 2021 free agent quarterback class.

Miami Dolphins fans have to be excited about the arrival of Tua Tagovailoa. But logic dictates it will be Ryan Fitzpatrick under center in 2020 — at least to start the season.

Fitzmagic has his moments of brilliance. Nobody can deny his flair for the dramatic — when he’s on, Fitzpatrick is really, really on. But the 37-year-old grizzled veteran also has a penchant for throwing interceptions (161 in 156 career games). Likely, he’ll be viewed as a backup next offseason. If he wants to continue playing, that is.

After spending most of his career as a backup, Brissett got his chance to shine last year. Thrust into action after Andrew Luck’s sudden, shocking retirement, Brissett was No. 1 in Indy during the 2019 campaign.

Unfortunately, things didn’t go well for the veteran. Brissett completed just 60.9% of his passes, averaged 6.6 yards per attempt, and tossed just 18 touchdowns in 15 games. His inability to elevate the players around him led to the Colts signing Philip Rivers in free agency. Likely, Brissett won’t be seen as a viable starting option going forward.

The funny thing about Rivers is that, by the time next year’s offseason kicks off, he could be higher or lower on this list and nobody would bat an eyelash. There’s no doubt that the future Hall of Famer is coming off a bad 2019 campaign. He tossed 20 interceptions and was a big reason why the Chargers lost some games.

Now that he’s with the Colts, Rivers has a big chance to prove he still has the magic. He will play behind a dominant offensive line. The Colts have incredibly dangerous weapons in the passing game, and a two-headed monster at running back with Melvin Gordon joining Marlon Mack. Rivers could have a monster 2020 season.

It’s going to be fascinating to see how Taylor performs this coming season. He is slated to be the starter for the Los Angeles Chargers. But Justin Herbert, the rookie out of Oregon, will push him every step of the way.

Previously, Taylor performed admirably as the main guy in Buffalo. He started 43 games in three seasons, completing 62.6% of his passes, averaging 7.2 yards per attempt while tossing 51 touchdowns and just 16 interceptions. If he sparkles for the Chargers this season, he could be a hot commodity during the 2021 free agency frenzy.

Until he lands a long-term deal, Dak Prescott is officially part of this 2021 free agent quarterback group. Likely, he won’t ever make it to free agency. Dallas is determined to lock him up on a potentially record-breaking contract with the goal of signing it before the season begins.

If Prescott does hit free agency in 2021, he’d instantly become the most sought-after guy on the market. He’s still just 26 and has shown elite traits as a passer. In four seasons, he’s never missed a start. He’s also thrown 97 touchdowns and just 36 interceptions in 64 regular-season games. The Cowboys know his worth and won’t let him go. Period.