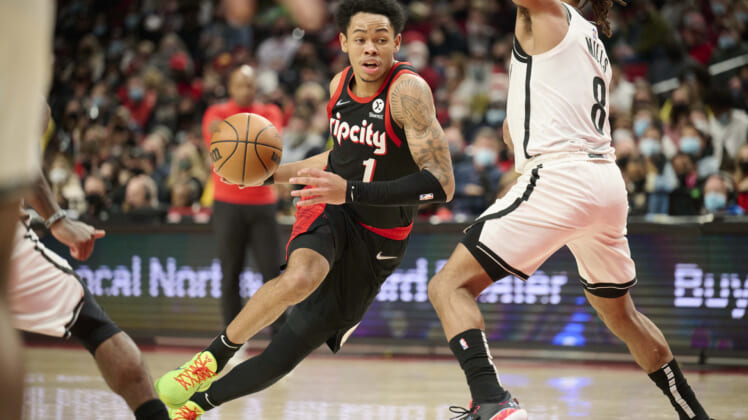 Anfernee Simons and Nassir Little entered the 2021-22 NBA season as bench and/or mere depth pieces for the Portland Trail Blazers. Then they became the bright spots in an otherwise awful season for the franchise.

At 20-28, the Trail Blazers are the 10th seed in the Western Conference. Damian Lillard is sidelined with an abdominal injury while CJ McCollum recently returned from a lung issue. The organization has a precarious front office situation with Neil Olshey’s recent firing and is in year one of the Chauncey Billups era.

Anfernee Simons and Nassir Little aren’t making up for the Trail Blazers’ collective struggles, but their respective outputs were encouraging developments in both the short and long term. While that came to an end with news that Little is out for the season due to a shoulder injury, there’s still a lot to like here regarding the two.

Last season, Simons provided a reasonable amount of scoring off the bench. This season, he has been one of the team’s most consistent and productive players. Simons has been a steady sniper who hoists up shots from the perimeter with frequency.

Simons has also shown an ability to get inside and score off the dribble. He’s a leading offensive catalyst off the bench who’s producing and impacting the game at a starting-caliber level. Simons has become an indispensable aspect of Portland’s offense given his ability to create offense on his own.

In a way, Simons is doing what Gary Trent Jr. did last season. Prior to being traded, the latter took on a considerable role in the Trail Blazers’ offense partially due to the absence of McCollum; he answered the bell. This is what Simons is doing this season both with and without McCollum on the floor.

Given the team’s standing in the West, it’s a safe bet that Simons will stick in Portland past the NBA trade deadline, which is when Trent was dealt for the sake of acquiring Norman Powell last season.

Little went from the back end of the bench under Terry Stotts to taking on a high-minute role under Chauncey Billups. This season, Little showcased a compelling skillset prior to suffering the aforementioned injured.

Splitting time as a starter and reserve, Little has done a little bit of everything on the offensive end. He has been an athletic finisher in the paint, handled the rock, occasionally stretched the floor and hit the boards at a plausible rate for someone who’s 6-foot-5. Little has been a sneaky source of offense.

Unlike Simons, who was a consistent reserve guard the two seasons prior to 2021-22, Little was infrequently on the floor before this season. Now the NBA world is seeing why he was considered a lottery talent in the 2019 NBA Draft: he has a well-rounded game that, if developed, could make for a reliable starter.

The 21-year-old Little is under contract through the 2022-23 season with a qualifying offer likely to come the following year. He showed enough prior to the injury for Portland to view the wing as a core piece moving forward.

Are Simons and Little surefire building blocks who can be the face of a revamped Portland team? That’s unclear. What the two players are doing, though, is giving the organization something to think about.

Simons is 22, and Little is 21. These two can only improve and build on their 2021-22 play, which leads to the daunting offseason that’s ahead for the Trail Blazers. The number one question surrounding Portland is if and when they’ll trade Lillard and McCollum? 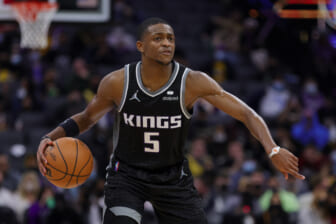 Also Read:
Why Sacramento Kings should keep De’Aaron Fox through next season

In the likely scenario that at least one of the stars is moved, the Trail Blazers will get a haul that includes some combination of compelling young players, future first-round draft selections and/or a proven scorer in their prime. In the aftermath of a trade or two of this magnitude, the Trail Blazers become a retooling and/or rebuilding situation.

Improvements from Simons and Little make them players the franchise can move forward with. They’d be accompanied by the return the front office gets for its stars. They’d also likely have more payroll flexibility, which is needed to re-sign Simons, a restricted free agent after this season, and eventually Little.

Anfernee Simons and Nassir Little provide some solace for the Portland Trail Blazers, as a potential seismic offseason looms.