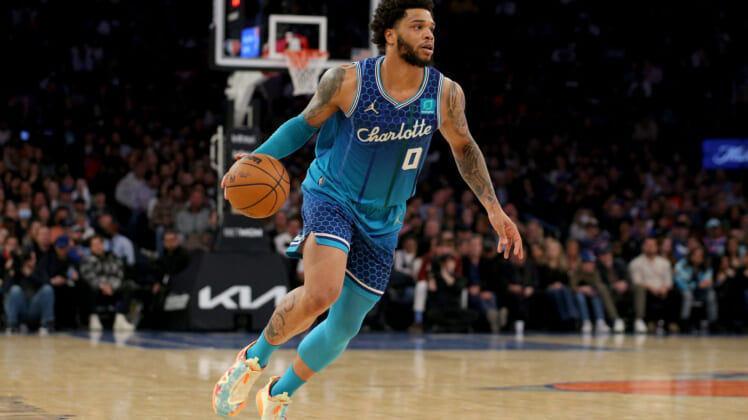 It seems the Portland Trailblazer may target not one, but two of the Charlotte Hornets’ unrestricted free agents this offseason.

The Trail Blazers and general manager Joe Cronin have a lot of work ahead of them this summer. The team had an extremely disappointing season run in 2021-2022. With Damian Lillard missing much of the year due to an abdominal injury, they traded long-time pillar CJ McCollum, and finished with a dismal 27-55 record.

They will have the chance to add a long-term impact player when they pick seventh in the 2022 NBA Draft, however, second-year coach Chauncey Billups will need more if he hopes to turn the team’s fortunes around next season.

One way they will be able to do that will be with an influx of meaningful free-agent additions using the massive cap space they have available. And it seems that one Eastern Conference team, in particular, has a couple of pieces they find very appealing.

On Friday, SNY NBA reporter Ian Begley speculated that the Portland Trail Blazers could pursue two restricted free agents from the Charlotte Hornets. “Where could Portland turn in free agency? During the season, at least one prominent member of the organization viewed Miles Bridges as a target for the club. Cody Martin was also viewed as a target during the season,” Begley wrote.

Charlotte will have the chance to match any offer made to both players. However, with Portland having a sizable amount of cap space, the Hornets may get priced out of returning both for next season.

Martin is a solid bench contributor, but the 2019 second-round pick would not be a killer loss for Charlotte. The same can’t be said for Bridges. He was a monumental part of the organization’s near-miss of a playoff spot in 2022. He led the team in scoring, was second in rebounds, and third in assists. 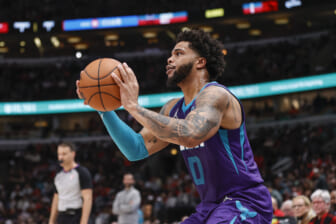