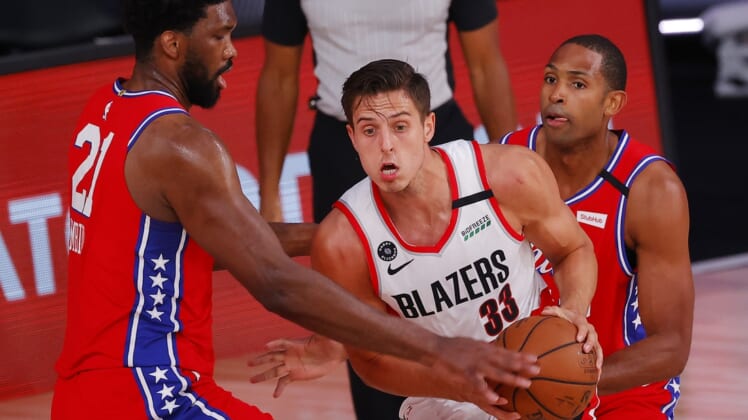 The report did not say how Collins’ most recent injury occurred. He will be restricted free agent this offseason.

Collins last played Aug. 13 in the NBA bubble near Orlando, but sat out the playoff portion of the league’s 2020 return due to his ankle injury. Collins underwent ankle surgery Sept. 1 and had a revision surgery to repair a left medial malleolus stress fracture on Dec. 30. At the time, the Blazers said Collins was out “indefinitely.”

Collins also missed four months of the 2019-20 season after needing surgery on his left labrum.