The Pittsburgh Steelers and offensive coordinator Randy Fichtner are parting ways after the latter's contract expired. 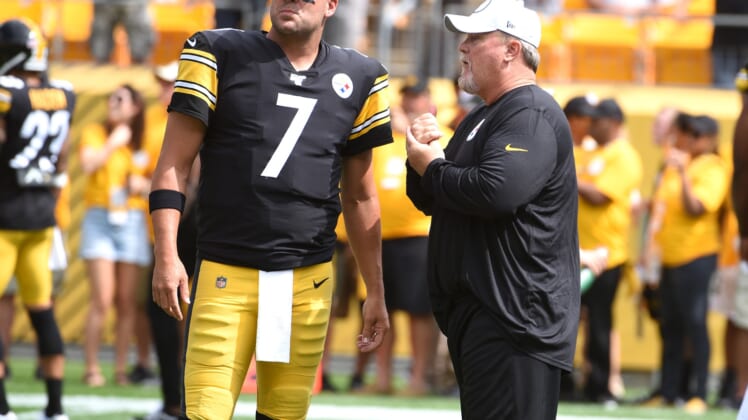 The future of the Pittsburgh Steelers’ offense is very much in question after the team decided to not renew the contract of play-caller Randy Fichtner on Thursday.

Fichtner had been dialing up plays for Pittsburgh since 2018 but has been on Mike Tomlin’s staff since the head coach took the lead job in 2007.

Tom Pelissero of NFL Network reported the news on Fichtner, and the team also released a statement on their decision, per Sirius XM’s Adam Caplan:

who began his time with the Steelers as a wide receivers coach and established a culture of developing that position extremely well. From 2010 until last season, he served as quarterbacks coach before focusing strictly on play-calling duties in 2020.

It’s been quite a turbulent tenure for Fichtner in Pittsburgh, yet he’s always had the constant of Ben Roethlisberger under center, with the exception of 2019. Despite working with Mason Rudolph and Devlin Hodges for much of that year, Fichtner’s unit did well enough to help the Steelers go 8-8.

After an 11-0 start to the 2020 campaign, it looked as though Fichtner’s schemes of a super-quick passing game would help extend Roethlisberger’s career. Unfortunately, things went sideways for the Steelers, as they lost four of five down the stretch and got knocked out of the postseason in the Wild Card Round by a score of 48-37 against the Cleveland Browns.

Although Roethlisberger threw for over 500 yards versus Cleveland in his last start, it came mostly when the outcome was all but decided, as a sluggish start and early turnovers wound up digging Pittsburgh a 28-0 deficit.

What probably contributed most to Fichtner getting the pink slip was the fact that the Steelers couldn’t run the ball this year. They ranked dead-last in rushing offense, averaging only 84.4 yards per game. Being so one-dimensional wound up being a serious problem and a big reason Pittsburgh lost so much after the hot start.

Entering the final year of his current contract, it’s likely Roethlisberger will play his last season in 2021 — if he does even wind up coming back. Given his relatively poor play at the end of the regular season, carelessness with the football in the playoffs and the lack of overall team success over the past decade or so, it wouldn’t be a shock to see Big Ben hang up the cleats.

Fichtner has been with Roethlisberger for so long, and the fact that he’s not being brought back even for one last run with the long-tenured field general suggests greater changes could be on the horizon in the Steel City.

Whether Roethlisberger is outright ousted as the Steelers signal-caller is unclear. However, there is a chance the team invests a relatively high draft pick at the position, considering the defense should still be among the NFL’s best and boasts an excellent receiving corps with Chase Claypool, Diontae Johnson, James Washington and pending free agent JuJu Smith-Schuster.

Tomlin probably wants to get back to an offense that can run the ball more effectively. Fichtner simply didn’t adjust, or get terribly creative with his play design, to accomplish that objective.

Given the stability of the Steelers organization under Tomlin, look for high-end candidates to line up for Pittsburgh’s vacant offensive coordinator position. With several notable assistants’ contracts expiring, though, this may be just the beginning of Tomlin shaking up his staff.