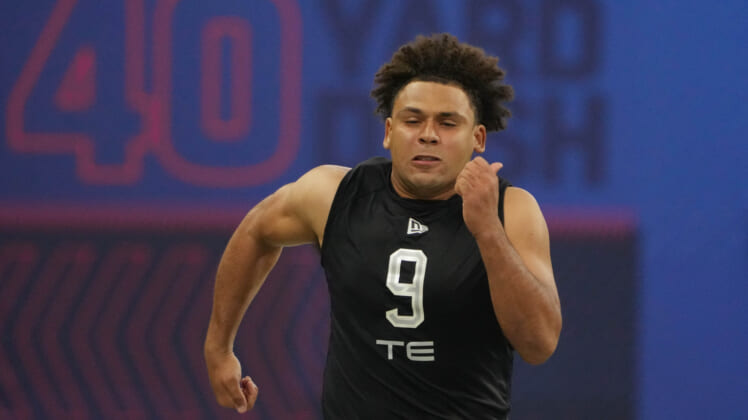 The Pittsburgh Steelers, once they’ve identified a winning bloodline, they like to find duplicates. This is a strange sentence, but the Steelers just added their fourth pair of teammates who are brothers by drafting Connor Heyward in the sixth round at pick No. 208. Heyward now joins his brother, though like two more of their pairings, they don’t play on the same side of the ball.

As Cameron joked right away on social media, he now has a new roommate in training camp.

Both Heywards are the son of former football great Craig “Ironhead” Heyward, who played 11 seasons in the NFL, making the Pro Bowl in 1995.

Now his other son, Connor, who is a tight end/fullback hybrid enters the NFL out of Michigan State. Heyward, who measures 5-foot-11, 233 pounds seems to have a better build to be a fullback or halfback than a tight end with his height. This could potentially create an awkward situation with another set of their brother teammates, with Derek Watt, T.J.’s brother currently filling the starting fullback role.

It remains to be seen how the Steelers plan to employ Heyward and Watt in the NFL, but there’s no questioning their heart and passion for the game. Being able to play with your relative on a professional team has to be a dream come true and for the Heyward family, this is likely one of the best days of their lives as football players. A pretty cool story, we’ll see what the next chapter has in store.