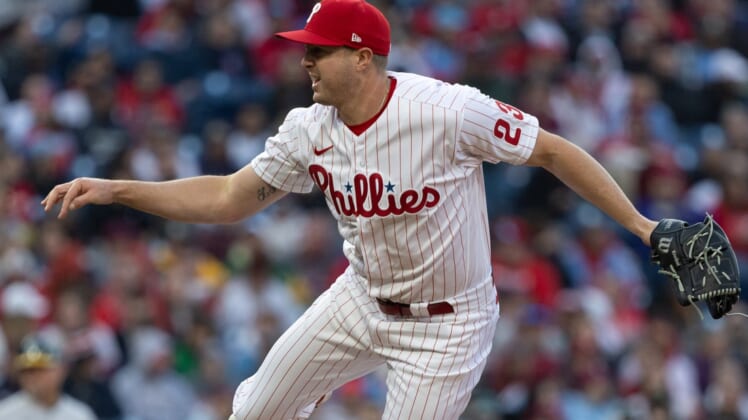 Knebel, 30, pitched in relief in each of this season’s first two games and earned the save in Saturday’s 4-2 defeat of the Oakland A’s. He has allowed one unearned run and one hit in two innings, striking out three and walking one.

Singer, 28, is a Philadelphia native who has yet to make his major league debut. He is 1-0 this year at Lehigh Valley and has walked four batters in four hitless, scoreless innings.

The club also announced that outfielder Odubel Herrera (oblique strain) will begin a rehab assignment Tuesday at Class A Clearwater.