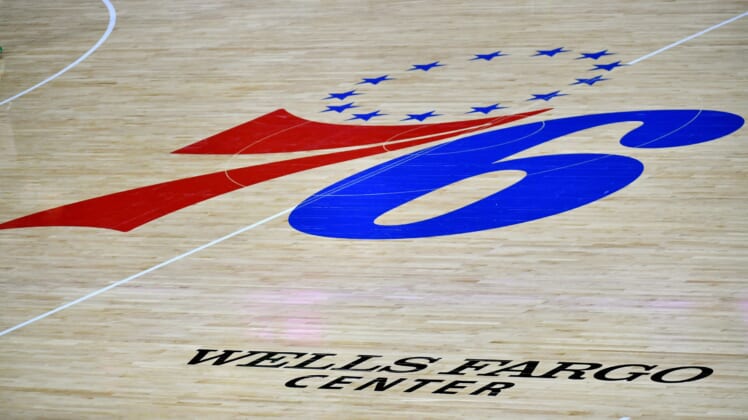 The Philadelphia 76ers trade hunt is on with the March 25 deadline approaching, as they sit atop the Eastern Conference. After striking out on James Harden, president of basketball operations Daryl Morey could have another card up his sleeve before the NBA trade deadline.

Philadelphia already made some big changes this past offseason, bringing in Seth Curry, Danny Green and Dwight Howard. If the 76ers really want to make a run at the NBA Finals, though, it will likely take even more talent to put this team in a position where it can win a championship.

A blockbuster deal for a superstar isn’t coming. The Washington Wizards are keeping Bradley Beal and Zach LaVine is staying with the Chicago Bulls. With those options off the table, it will take some creativity from Morey to fill some of the needs in the team’s rotation.

Let’s dive into a few 76ers trade scenarios that can help this team take the next step as a title contender.

While Lowry might not be specifically asking for a trade to his hometown team, the 34-year-old guard would certainly welcome the opportunity. A six-time All-Star, Lowry’s name has been floated in trade rumors throughout the season and the Raptors seem willing to move him before he hits free agency next offseason. He’d be a great fit for Philadelphia, too.

Lowry would complement Ben Simmons’ game nicely, helping create spacing on the court and providing another creator on the floor. He’s also more than capable of letting it fly, drilling 40.3% of his shots from beyond the arc and averaging three three-pointers made per game this season. He also brings championship experience, something Philadelphia’s lineup could benefit from adding before the playoffs.

Even as a pending free agent, the acquisition cost would be high. The 76ers love Maxey, but he’s not the caliber of talent you refuse to move when you’re competing for an NBA championship. While first-round picks are valuable, later selections are essential fliers and often the best-case scenario for a team is landing a role player or sixth man. If the 76ers trade for Lowry, even at this cost, we could see them in the NBA Finals.

To the casual observer, this price feels like a lot to give up. But there’s a reason Cleveland’s phone is ringing off the hook with contenders desperately trying to land this 6-foot-7 forward. For one, after being a terrible outside shooter early in his career, Nance is now shooting 38.1% from beyond the three-point line this season. Most importantly, he is a force on the defensive side.

According to Cleveland.com’s Chris Fedor, at least one team has offered two, late first-round picks to the Cavaliers for Nance. It’s a bit wild to think Cleveland might have turned that down, but things could change at the NBA trade deadline. Morey has a history of being aggressive and dealing his first-round picks to acquire talent that puts his team in the best position to succeed. Nance (0.14 Defensive Win Shares, 106.0 defensive rating, 1.97 DRPM) would provide the versatile defender the 76ers need. Plus, he’s under contract through the 2022-’23 season and his salary ($11.7 million) dips even lower next year.

While we’d love to see the 76ers trade for Kyle Lowry, it’s also important to be realistic. Smaller deals are far more likely at the NBA trade deadline and Morey will target those who are definitely available. The Sacramento Kings have zero need for Nemanja Bjelica and would more than welcome some draft-pick compensation to send him off to a contender.

The 6-foot-10 forward can be deadly from three-point range. In his first two seasons with the Kings, Bjelica shot 41.1% from beyond the arc and was especially lethal from the corner (52.5%). Due to an inconsistent role, sometimes being inactive and other times playing 25-plus minutes, there has been more inconsistency this year. Bjelica’s three-point mark (33.3%) would likely improve in a better environment. A bonus for Philadelphia in negotiations, it can offer a higher 2021 second-round pick than teams like the Milwaukee Bucks, Miami Heat and Boston Celtics.

Shake Milton could blossom into the Lou Williams-like player Doc Rivers had with the Los Angeles Clippers. It would be great for the 76ers, especially given his age and contract, but this team still needs more immediate help at guard. George Hill would provide the consistency Rivers wants off the bench.

The 34-year-old veteran has been all around the NBA, including stops with the San Antonio Spurs (2008-’09), Indiana Pacers (2011-’16) and Milwaukee Bucks (2018-’20). One thing he doesn’t have on his resume is an NBA championship and the 76ers would provide an opportunity to accomplish that.

Hill is a quality passer off the bench, boasting an 18.2% assist rate and his .144 win shares per 48 minutes (WS/48) is higher than Kyle Lowry’s mark (.14). That’s not to say Hill is a better or more effective player, but he is a quality guard off the bench who would fit nicely in the 76ers’ playoff rotation.