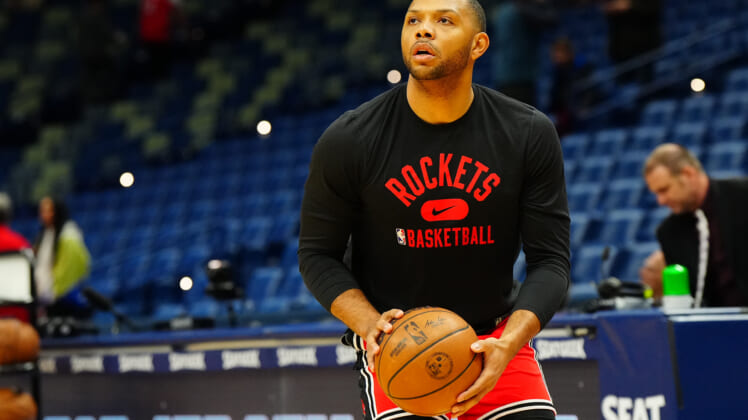 In an effort to add a proven spot-up shooter to their rotations, the Philadelphia 76ers and Phoenix Suns are reportedly pursuing Houston Rockets guard Eric Gordon.

Both the 76ers and Suns had disappointed second-round exits in the 2022 NBA Playoffs. Philly was bounced by the Eastern Conference’s top seed the Miami Heat and Phoenix was surprisingly sent packing by Luka Doncic and the Dallas Mavericks.

However, both organizations do not have the salary-cap space to make major additions this offseason. They also don’t have highly coveted trade chips to swing a deal for an All-Star talent. Meaning each franchise will have to dig deep to find a player that is a notable addition and could be had for the return they can offer.

Oddly enough, it seems both franchises have the same player in mind and have joined what has been dubbed the “Eric Gordon sweepstakes.” On a Tuesday edition of ESPN’s NBA Today, league insider Brian Windhorst reported that the 76ers and Suns are in pursuit of the oft-injured but proven scoring threat from Houston.

“Keep an eye on the Houston Rockets,” Windhorst explained. “They’ve already done one deal this offseason. Look for a little bit of an Eric Gordon sweepstakes in play. A couple of teams I’ve heard interested are the Philadelphia 76ers and the Phoenix Suns.”

Gordon, 33, has never been an All-Star in the NBA, however, he’s long been respected throughout the league for his proven track record as a high-level scorer and terrific spot-up shooter. Unfortunately, he also has a long history of injury issues. 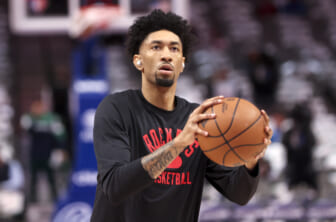 Gordon has not played in 60 or more games in four seasons and has only played in 70 or more twice in his entire 14-year career. He has played in just 120 games in the last three years. He is set to make just over $40 million over the next two seasons.