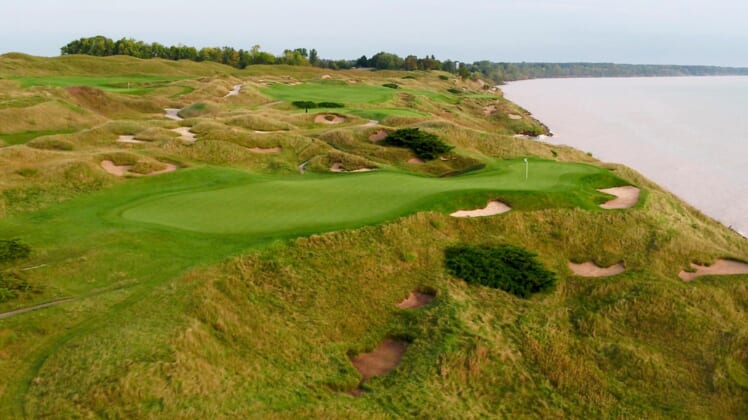 Even the golf world has been more buttoned up than tradition demands during the coronavirus pandemic, but that all could change by the time the 2021 Ryder Cup arrives.

When the golf world converges on Wisconsin and Whistling Straits Golf Course in late September, PGA of America CEO Seth Waugh envisions a packed house and a raised glass or two.

“We have every hope and every desire and we’re working very hard to make it an absolute full fan experience,” Waugh said. “We’re working obviously with the state and local governments to have all those conversations. It’ll be fluid. But our plan is to have a Ryder Cup in a way … have it be the greatest Ryder Cup in history. I think the world as we’ve seen is ready to have a party.

“The Olympics is going to happen it looks like, but not in the way that you would hope it would. And so this is really going to be the first time to cheer for your country, to have that sort of tribal — in-person anyway — to have that sort of tribal atmosphere that is so important. We’re hopeful that September will be one of the great events in golf and a great sort of exclamation point to the end of this thing. We think it’s all going to happen fast from here, certainly from a U.S. perspective. I realize the world still has a lot of challenges out there, but from a U.S. perspective we’re really hopeful we’ll be able to pull it off.” 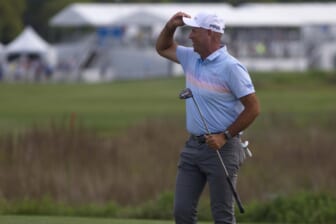 The PGA will permit 10,000 fans per day access to the PGA Championship this week at Kiawah Island, S.C.

It’s not quite capacity for the Ocean Course, but the trend is going the right direction, in Waugh’s opinion. Last year, he fully supported postponing the 2020 Ryder Cup with the assessment “a Ryder Cup with no fans is not a Ryder Cup.”

Crowd limitations are easing across multiple states with some MLB parks due to allow full capacity next month. Other stadium venues are approaching 75 percent capacity, and the state of Wisconsin fully confirmed the annual summer concert series outdoors in Milwaukee, the SummerFest festival, will take place in June and July.

PGA of America’s chief championships officer Kerry Haigh said COVID-19 protocols are shifting rapidly but the Ryder Cup has submitted its proposal for the September event knowing all aspects are subject to change.

Destination Kohler, which runs Whistling Straits, said earlier this month it expected daily capacity to be around 40,000.