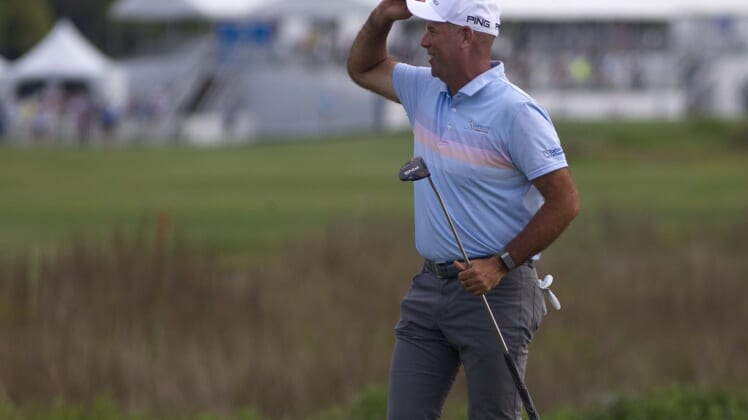 Stewart Cink’s multiple-victory season has the 47-year-old in the conversation for the 2021 United States Ryder Cup team.

Cink vaulted 13 spots to No. 24 in the U.S. team standings following his four-shot victory at the RBC Heritage. The top six players following the Tour Championship will earn automatic spots, with captain Steve Stricker then selecting the final six team members.

Cink and Bryson DeChambeau are the only two-time winners on the PGA Tour this season.

Following a string of three consecutive missed cuts, Cink has finished tied for 19th and tied for 12th along with Sunday’s win in his last three starts.

Patrick Reed, Tony Finau, Webb Simpson and Daniel Berger round out the top 10.

The U.S. will take on Team Europe at Whistling Straits in Wisconsin in September’s Ryder Cup, which was postponed a year due to the COVID-19 pandemic.