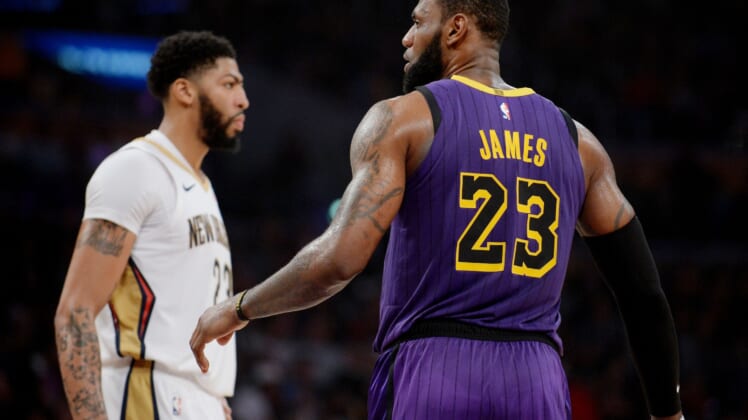 That sound you hear is Southern California losing its collective mind.

According to ESPN’s Adrian Wojnarowski, the Los Angeles Lakers have acquired Anthony Davis from the New Orleans Pelicans for Lonzo Ball, Brandon Ingram, Josh Hart and three first-round picks. That includes the No. 4 overall selection in next week’s NBA Draft.

This represents one of the biggest blockbusters in recent NBA history.

Davis will now join LeBron James to form a filthy duo for the Lakers.

Meanwhile, New Orleans adds a ton of assets to team up with likely No. 1 overall pick Zion Williamson as the team starts its rebuild.

As it relates to Ball, there’s a decent chance that he’s moved from the Pelicans for more assets. Ball has already noted he’d prefer not to play in New Orleans.