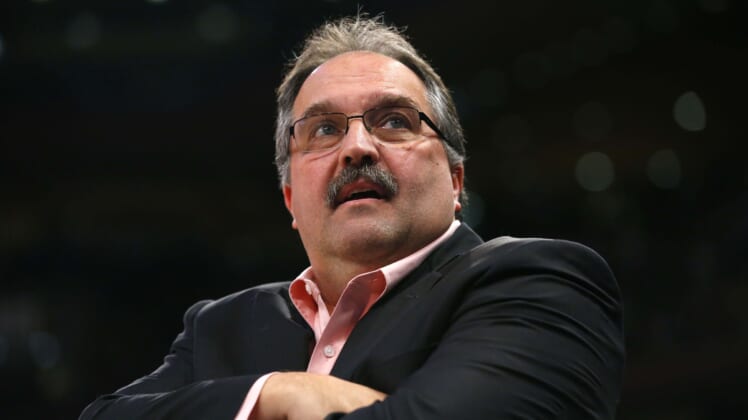 Former Miami Heat, Orlando Magic and Detroit Pistons head coach Stan Van Gundy was not out of the NBA for too long. Linked to the New Orleans Pelicans head coach job over the past several weeks, the respected NBA mind has now found a new home.

Why did the Pelicans hire Stan Van Gundy?

“Pelicans were sold on SVG’s abilities as a teacher with a young roster, his history of building top defensive teams and his vision for the roster in place. His personnel decisions in Detroit was a non-factor in search; he’s coming to coach,” ESPN’s Adrian Wojnarowski noted.

Given the Pelicans’ talent on offense with Zion Williamson and Brandon Ingram, this seems to make a lot of sense. It’s now all about improving a defense that yielded 117.1 points per game last season. Their new head coach could very well be the guy to help the Pelicans moving forward.

Van Gundy-led teams have finished in the top-10 in scoring defense a whopping eight times. He’s led defensive stalwarts such as Dwight Howard, Eddie Jones and Andre Drummond. If Van Gundy can help Williamson and Ingram improve on defense, it’s only going to be a benefit to the Pelicans moving forward.

The NBA might be all about offense right now. But you can’t win on a consistent basis giving up north of 117 points per game. As for the Pelicans, they already have a top-end defensive player in Lonzo Ball should he remain with the team next season.