Pelé, the Brazillian soccer legend and one of the best soccer players of all time, has passed away at the age of 82 after a prolonged battle with cancer.

A three-time World Cup winner, the 5-foot-8 forward was recently hospitalized at Albert Einstein hospital in Sao Paolo at the end of November after his colon cancer advanced in recent weeks.

Doctors announced on Dec. 21 that the FIFA legend’s cancer began affecting his kidneys and heart. It came just weeks after he was rushed to the hospital with a respiratory infection and concerns from the family that his chemotherapy wasn’t working.

Pelé’s family gathered around him at the hospital in Brazi, with his son and daughter among those at his side. As his health worsened, doctors determined that he needed greater care due to the progression of his cancer.

His death comes just over two years after the soccer world lost Diego Maradona, an Argentinian legend who died on November 25, 2020, at the age of 60 after a heart attack. Following his death, Pelê paid tribute to his close friend who he will forever be linked to as two of the greatest soccer players ever.

Edson Arantes do Nascimento, known as Pelé, began his soccer career with the pro club Santos FC (1957-’74). Scouts and coaches immediately recognized him as an emerging star, with Brazil touting him as the player who would help the country win the FIFA World Cup.

He became arguably the greatest player in FIFA history, leading Brazil to World Cups in 1958, 1962 and 1970. He is tied with Neymar for the most goals by a Brazillian player ever (77), accomplishing the feat in far fewer games than Neymar.

Pelé is also one of the all-time goal leaders in soccer history, one of just six players to score at least 700 career goals in competitive games. Most importantly for him, Pelé is the only player to win three World Cups.

Putting his accomplishment into perspective, only three other countries (Germany, Italy, Argentina) have won as many World Cups as Pelé. 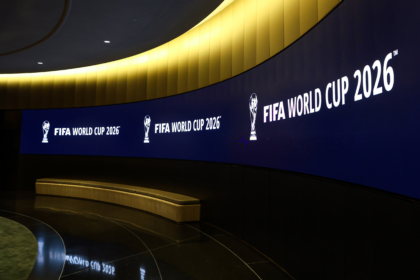 Known as “The King of Football”, he is also credited with making the Bicycle kick one of the most famous moves in soccer.

Recognized by Time as one of the 100 most important people of the 20th century, his impact on soccer and on his home will never be forgotten. Pelé’s death is a somber day for Brazil and the sports world has lost one of its greatest players ever.