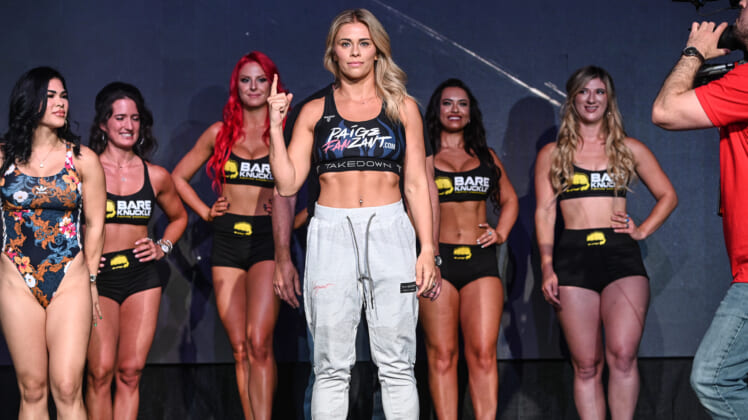 AEW has followed the WWE’s lead and now has a former UFC star of their own in flyweight veteran Paige VanZant.

On Wednesday night’s edition of AEW Dynamite, VanZant took part in a segment involving now-former TNT champion Sammy Guevara and his significant other, and fellow performer, Tay Conti. The MMA veteran and cronies from her training home at American Top Team attacked Guevara and Conti in the ring. The segment concluded with VanZant signing an official AEW contract in front of her fallen foes.

Following the broadcast, ESPN reported that sources claimed to the outlet “there is a plan in place for VanZant to begin training in professional wrestling.” VanZant joins a growing tradition of UFC talents heading to pro wrestling. As several of WWE’s current stars are former Octagon vets Brock Lesnar, Matt Riddle, and Ronda Rousey.

The appearance on Wednesday was not the first for the Bare Knuckle Fighting Championship veteran in an AEW ring. ATT owner Dan Lambert has led a long-running storyline on AEW television as he’s brought members of his powerhouse MMA gym into the wrestling world to compete with the stars from the promotion.

VanZant’s UFC career ended in July 2020 after the third loss in her final four Octagon appearances. While “12 Gauge” was a popular fighter during her run in the promotion, her skills did not match the high level of adoration from fans, as she finished with a 5-4 record in the UFC.

Following her release two years ago, the 27-year-old signed with bare-knuckle boxing promotion BKFC. Headlining two events for the organization in 2021. Unfortunately for the highly touted free-agent signing, VanZant lost both of her appearances in the promotion. 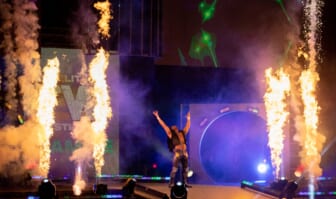 Also Read:
AEW Ratings: ‘Dynamite’ averages over 1 million viewers for the first time in a month

VanZant’s greatest success over the last few years actually came during a 2021 appearance on the popular ABC television show Dancing with the Stars. The UFC veteran finished in second place on the 22nd season of the reality TV series.