Green Bay Packers to place Za’Darius Smith (back) on IR

Smith, 29, recorded one tackle while playing in only 18 defensive snaps in the Packers’ 38-3 season-opening loss to the New Orleans Saints last weekend. 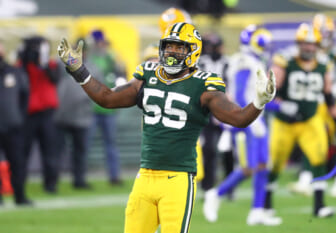 “He’s been such an impact player. It’s just the route that we thought was best long-term.”