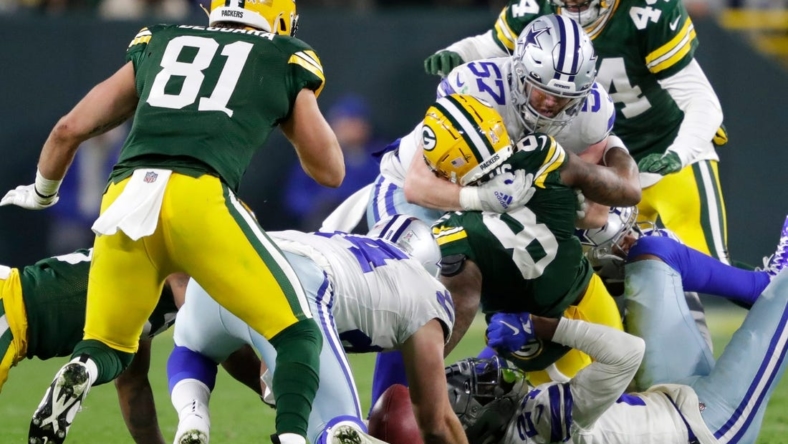 Rodgers fumbled four times on special teams this season, including one that set up a Dallas Cowboys touchdown on Sunday.

Rodgers was replaced by Keisean Nixon on punt returns for the remainder of Sunday’s 31-28 overtime win against the Cowboys.

With a short week of preparation, Nixon could retain that role on Thursday night when the Packers (4-6) host the Tennessee Titans (6-3).

Green Bay also released running back Kylin Hill, a seventh-round pick in 2021. Hill had one carry for 7 yards in two games this season.