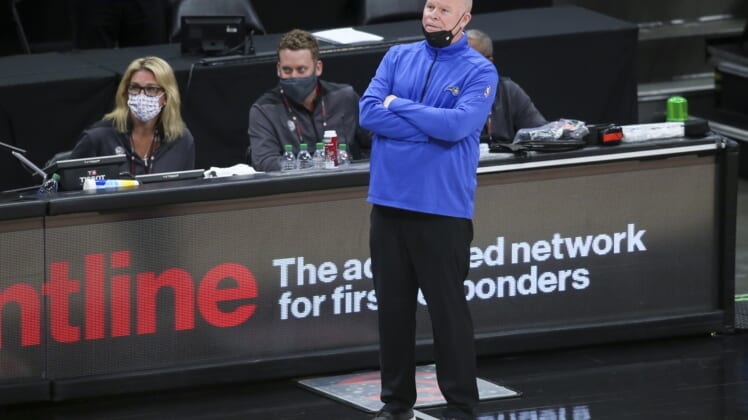 “We would like to thank Steve for his contributions to the Orlando Magic,” team president Jeff Weltman said. “We appreciate the many sacrifices he has made as our head coach and understand the timeline of our new path does not align with his goals as a head coach in our league.”

Clifford, 59, rejoined the Magic as their head coach in May 2018, one month after being fired by the Charlotte Hornets. He had one year left on a four-year deal he signed at the time.

He had served as an assistant to former Magic coach Stan Van Gundy from 2007-12.

Clifford guided the Magic back to the playoffs for the first time since 2012 in his first season at the helm. They reached the playoffs again in his second season, but both times were eliminated in the first round.

“I would like to thank the DeVos family, Magic leadership and the entire staff, and certainly wish everyone well,” said Clifford in a statement. “It’s been an honor and privilege to coach this team in this community.”

This season, the Magic fell to 21-51 and elected to trade star center Nikola Vucevic, guard Evan Fournier and forward Aaron Gordon to begin a rebuild.

Overall, Clifford’s Magic teams were 96-131 in his three seasons. Clifford had a 196-214 record during his time with the Hornets.

With the NBA Draft Lottery set for June 22, the Magic have a 14 percent chance at the No. 1 overall pick in the 2021 NBA Draft.