No restrictions on Rams QB Matthew Stafford heading into opener 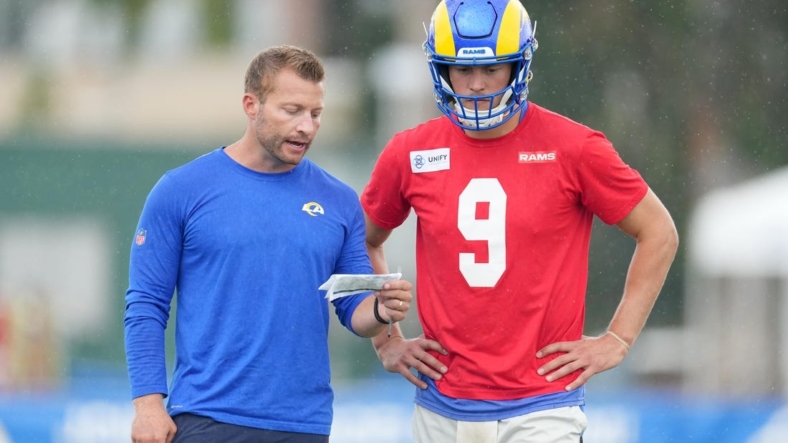 Stafford, 34, dealt with elbow discomfort last season, yet still guided the Rams to a 12-5 record in the regular season and a trip through the playoffs that culminated with a 23-20 comeback victory over the Cincinnati Bengals in Super Bowl LVI.

The elbow issues surfaced again for Stafford in training camp, but the Rams were able to work through them.

Stafford told reporters Sunday that he has done rehab work to alleviate the discomfort.

“I can get you a PDF later of all the things I have done,” Stafford joked to the media.

In his first season with the Rams, Stafford threw for 4,886 yards, while completing 67.2 percent of his passes. He threw for 41 touchdowns but was tied for the NFL lead with 17 interceptions.