No Joe? Jets could make move from Flacco at QB 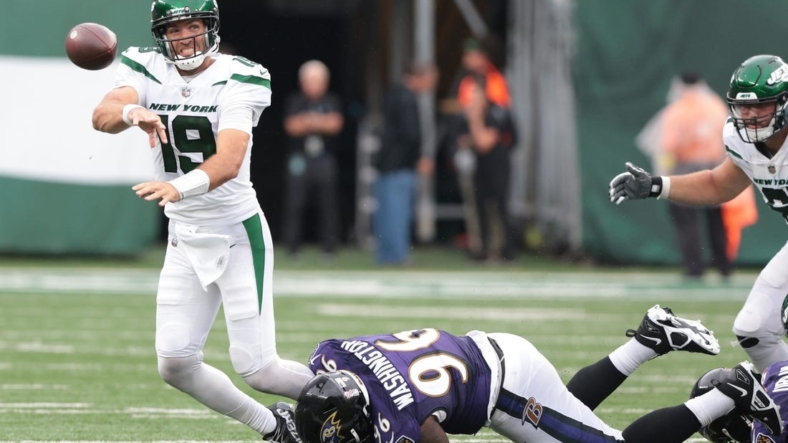 Joe Flacco is not being benched by the New York Jets yet, but head coach Robert Saleh stopped short of saying he would start Week 2.

Flacco started Sunday in the Jets’ Week 1 home loss to the Baltimore Ravens, but converted only 2 of 14 third-down chances in a 24-9 defeat. He was also pressured 19 times and averaged just 5.2 yards per pass attempt.

Flacco, 37, is now winless in six starts with the Jets.

Saleh said the quarterback position constantly is under review regardless of the starter. Who will it be Sunday for the Week 2 matchup with the Cleveland Browns?

“More than likely, going to be Joe,” Saleh said Monday.

Playing in place of injured Jets starter Zach Wilson, Flacco went 37-for-59 for 307 yards with a touchdown and an interception.

Wilson is sidelined for at least the first four games of the season following preseason knee surgery. Saleh said Wilson is at least one week away from returning to team drills, but will throw to receivers this week.

The other quarterback on the roster is Mike White, the name Jets’ fans chanted in the fourth quarter. Guard Connor McGovern said he didn’t hear any chants for White during the game but added Flacco is called “Cool Joe” for a reason.