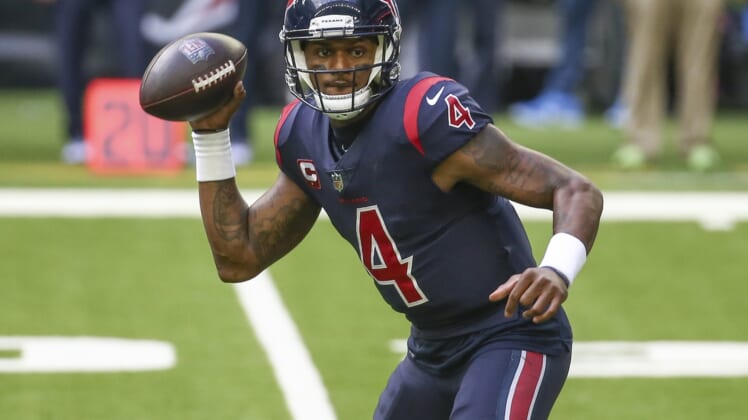 Nike suspended its endorsement contract with Deshaun Watson amid the sexual assault and inappropriate conduct allegations levied against the Houston Texans quarterback.

“We are deeply concerned by the disturbing allegations and have suspended Deshaun Watson. We will continue to closely monitor the situation,” Nike said in a statement to CNBC on Wednesday.

Nike is the official outfitter of the NFL. Watson signed with the sports apparel giant prior to the 2017 NFL Draft.

Watson also has endorsement deals with Rolex and Beats by Dre.

Massage therapist Ashley Solis on Tuesday tearfully told her story at a press conference arranged by Houston attorney Tony Buzbee, who is representing her and 21 other women who have filed suits against Watson.

“I’m here to take back the power and take back control,” Solis said. “I’m a survivor of assault and harassment.”

NFL spokesman Brian McCarthy said Tuesday that the league is continuing its investigation into Watson.

“The allegations are deeply disturbing and we take these issues very seriously. Immediately following news of the first allegations last month, and as has been reported, we initiated an investigation under the NFL’s Personal Conduct Policy. We are continuing to closely monitor all developments in the matter,” he said.

Watson, 25, has denied the accusations of the women who allege he used massages as pretext to prey on them. In the lawsuits, he is accused of exposing his genitals to the women and forcing at least one to perform oral sex.