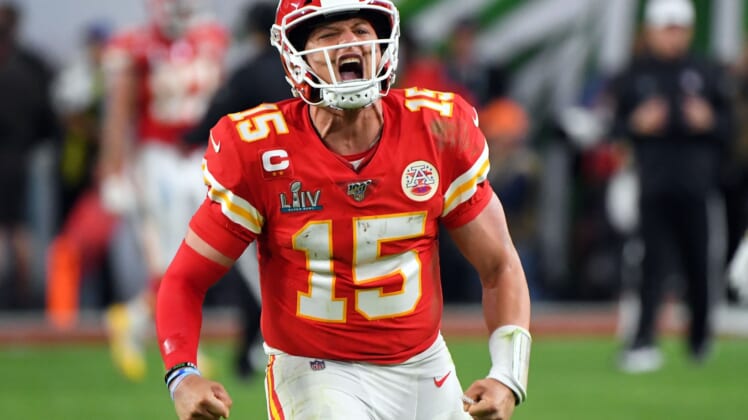 Kansas City Chiefs quarterback Patrick Mahomes led the team to a Super Bowl ring and might be the face of the NFL’s next dynasty. Now, the Chiefs are rewarding him with a record 10-year contract extension that will change the league forever.

The Chiefs started discussing a contract extension with Mahomes even before Super Bowl LIV. After the 24-year-old quarterback won a ring and the Super Bowl LIV MVP, it was just a matter of time before he landed a historic 10-year extension.

Schefter reports the contract will be worth up to $503 million, with $140 million guaranteed for injury. Fortunately for the Chiefs, it isn’t tied to a percentage of the salary cap each year.

While everyone expected Mahomes’ new contract to shatter records, completely changing the landscape for quarterbacks with a unique structure, no one saw this insane deal coming. As word broke that Mahomes would be signing the richest contract in NFL history, the NFL world lit up with reactions to this decade-long contract.