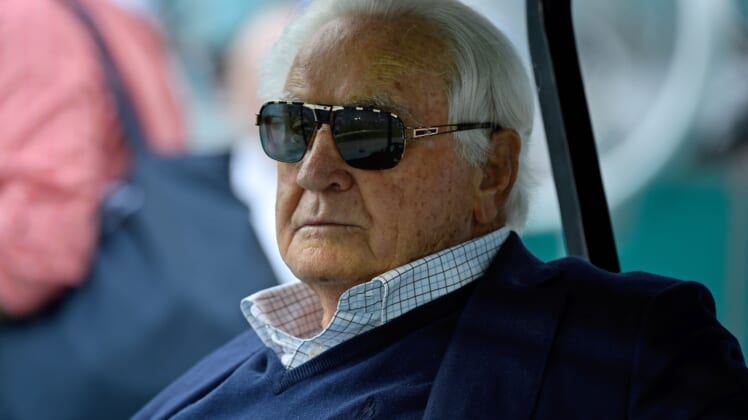 The NFL lost one of its greatest icons on Monday when legendary Miami Dolphins head coach Don Shula passed away at the age of 90.

Shula, who began his NFL career as a player in 1951 with the Cleveland Browns, would only play in the league until 1957. However, he made his mark and forever left an impact on the NFL with his work as a head coach.

After taking over the Miami Dolphins in 1970, previously serving as the Baltimore Colts head coach, Shula built the team into one of the NFL’s greatest dynasties.

Just two years after taking over, Shula’s Dolphins achieved perfection with the only undefeated season in NFL history on their way to a Super Bowl title. Shula would win two Super Bowls with the Dolphins, an NFL championship with the Colts in 1968 and holds the all-time record for wins by a head coach (347).

On this tragic day of great loss, the NFL world honored Shula and took a moment to remember his incredible legacy.