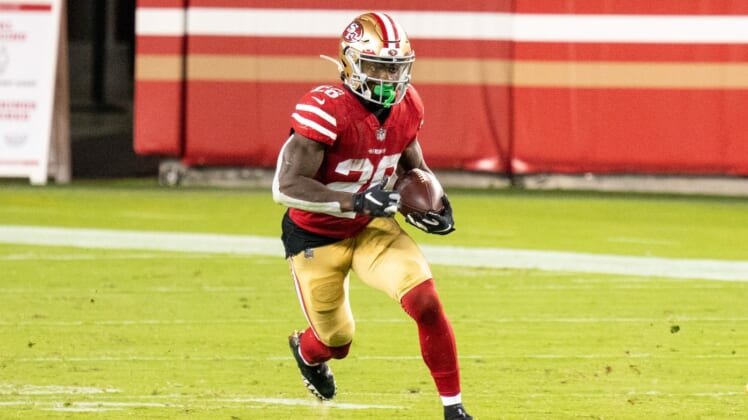 The San Francisco 49ers found themselves up 7-0 in the first quarter of Sunday’s must-win game against the division rival Los Angeles Rams. San Francisco needs to win in a desperate way following two consecutive losses.

With the 49ers gaining possession of the ball late in the first quarter, running back Jerick McKinnon was touched down twice before the Rams stripped him of the ball and turned up field. It’s obvious that McKinnon was down.

Despite this, officials on hand at Levi’s Stadium in Santa Clara initially called it a fumble. With the play being challenged, things got confusing rather quickly before said officials ultimately overturned the call on the field.

The whole sequence had 2020 vibes to it. How in the world can that be called a fumble live? Secondly, officials seemed to confuse themselves before finally getting it right after several minutes.

Those watching the game responded in kind.

The 49ers would go on to score a touchdown to take a 14-0 lead. At the very least, it seems that replay worked wonders. If that had not happened, it would have legitimately been one of the worst calls in modern NFL history.