NFL believes London is ready for a team 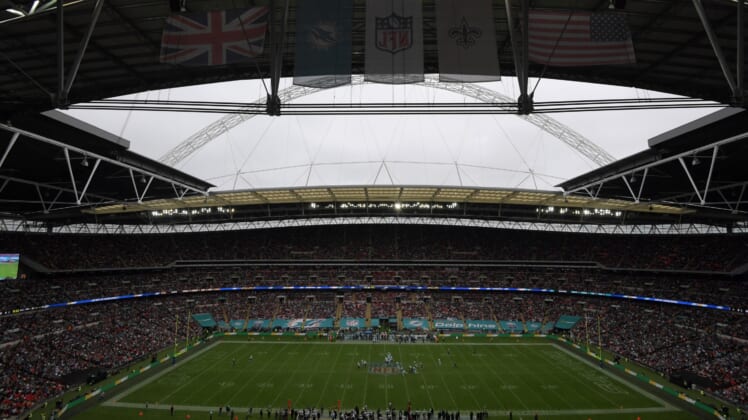 As the Oakland Raiders and Seattle Seahawks do battle in this season’s first game across the pond, things are starting to heat up as it relates to an NFL team being located in London.

Jacksonville Jaguars owner Shahid Khan is nearing a purchase of Wembley Stadium, the venue in which Oakland is “hosting” Seattle on Sunday. He’s seemingly interested in moving the Jaguars to London.

Now comes this rather interesting quote from NFL executive vice president of international Mark Waller indicating that he believes the UK is read to host a team full time.

“With the one proviso that we’ve always referenced, which is that the travel component week-in, week-out is not tested,” Waller said, via MMQB’s Albert Breer. “We feel the fan demand is here, we feel the stadium infrastructure and optionality is here, we feel the government support is here. We feel the logistics and training side of it are here. We feel very good. Like I’ve always said, the one we can never test for is how does it work week-in and week-out.”

We previously focused on whether London was a real possibility to host an NFL team. Travel issues were a major component to that article. At the very least, Waller and the league recognize this.

With the NFL unlikely to expand, any move to across international borders would likely be under the umbrella of a current team relocating. That’s where the Jaguars come into play. This would be made easier if Khan gained ownership of Wembley stadium.

A built-in venue that has played host to numerous regular season games in the past, Wembley could very well handle a full-time gig.