It seems the NFL is none too happy with judge Sue L. Robinson’s ruling on the Deshaun Watson suspension and has put the wheels in motion to appeal and extend the star quarterbacks ban.

On Wednesday, ESPN broke the news that the league had officially informed the NFL Players Association that it would appeal the decision by the former US district judge. In Robinson’s Aug. 1 ruling, Watson was banned for a half dozen games in the upcoming NFL season for violating the league’s personal-conduct policy. The violation came in the form of sexual misconduct allegations from 30 women during Watson’s final years playing for the Houston Texans.

Related: The Full Sue Robinson Summary of Her Reasoning on Deshaun Watson Suspension

The NFL will reportedly aim for an indefinite suspension after originally seeking a season-long ban during the July hearings.

In the report, sources informed the outlet that “the NFLPA was preparing to sue the NFL in federal court if it appealed Robinson’s decision.” The door is now wide open to what could turn into a very ugly fight between the players association and the league. A fight to defend a player undeserving of such resistance.

In the 16-page summary of Robinson’s decision, the judge admitted that the league did prove Watson engaged in acts that were “a genuine danger to the safety and well-being of another person” and that it undermined and put the integrity of the NFL at risk. However, based on precedent she determined that the QB’s offenses were not deserving of harsher punishment than previous NFL judgments involving violent acts and sexual misconduct.

Robinson concluded that the Browns’ quarterback’s conduct did “not fall into the category of violent conduct that would require the minimum six-game suspension” which the NFL had established in the past as “by far the most commonly-imposed discipline for domestic or gendered violence and sexual acts.” 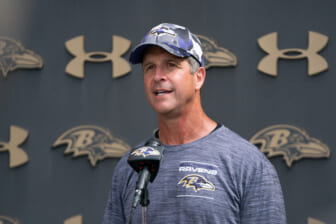 In the end, despite the league asking for a season-long suspension in the hearing, how they handled previous instances of abhorrent conduct by other NFL players aided Watson in only receiving a six-game ban.

An NFL spokesman revealed on Wednesday that there is no timeline on when NFL commissioner Roger Goodell or his designee will make a future ruling. Whenever that hammer does fall, it will be final and binding to all parties.