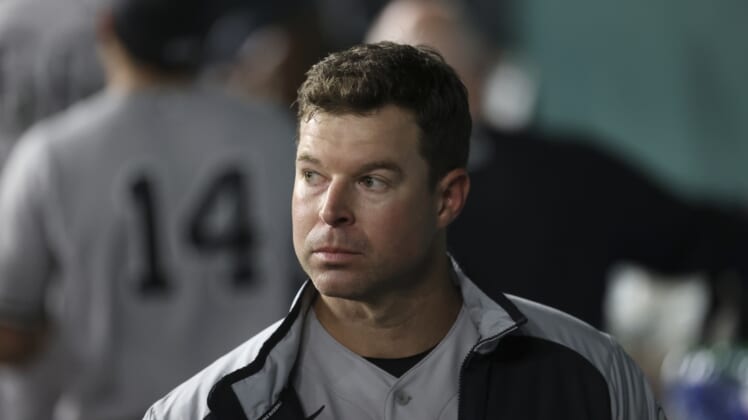 In a corresponding move, the Yankees signed infielder Chris Gittens to a major-league contract and selected him to the 26-man roster from Triple-A Scranton/Wilkes-Barre.

Kluber, 35, left his most recent start — a 6-2 loss to the Toronto Blue Jays on May 25 — after three innings with what was diagnosed as a subscapularis strain in his right shoulder. The right-hander played catch at Yankee Stadium on Friday.

“I don’t think he’s necessarily getting ramped up right now,” Yankees manager Aaron Boone said. “I know there’ll be catch play here for I’m assuming several days and then there’ll be these little checkpoints of, ‘OK. now do we graduate to the next thing?'”

His timetable to return is still set for late next month.

The American League Cy Young Award winner in 2014 and 2017 with the Cleveland Indians, Kluber has struggled with injuries over the past couple of seasons. He missed most of 2019 due to a fractured right forearm and strained left oblique he suffered during the rehab process. With the Texas Rangers in 2020, he threw only one inning, missing the season when he was diagnosed with a torn teres major muscle.

The Yankees signed Kluber, a three-time All-Star, to a one-year, $11 million deal in January.