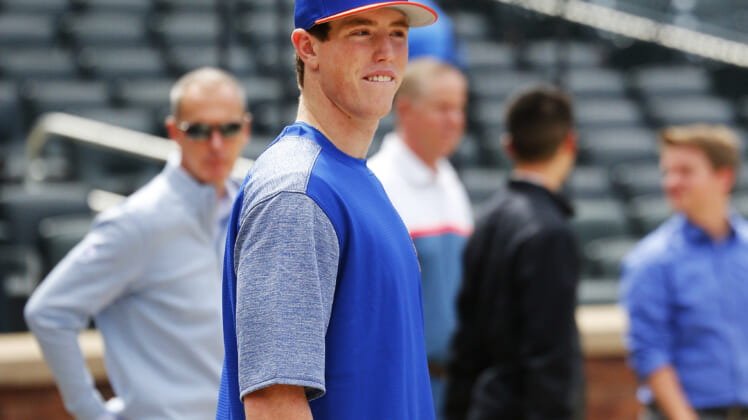 The New York Mets have reportedly promoted one of their best prospects to the big league level, but it is not Francisco Alvarez.

There has been much talk about the fact that three of the Mets’ elite prospects in the minor leagues — Alvarez, Brett Baty, and Mark Vientos — are currently playing for their Triple-A affiliate in Syracuse, and if they could be called up this season. All three have been outstanding on the farm system, and Baty and Alvarez have done it at two levels after getting moved up to Triple-A in 2022.

Yet, the team has been clear on the fact they would not rush any of those men up to the big league level until they were absolutely ready, or until there was a clear and present need for their talents. Up until now, their services were unnecessary with the Mets being on fire at the moment after winning eight of their last 10, owning first place in the National League East, and having the third-best record in MLB.

Not to mention, the team’s trade deadline acquisitions have come in and been instant contributors. However, a hole in the lineup card opened up in the last week when third base platoon member Luis Guillorme suffered a groin injury that could knock him out for the next two months.

The Mets were not happy with the idea of Eduardo Escobar being the everyday third baseman for the rest of the season, since he is hitting over 50 points better against lefties than righties. The team acquired Tyler Naquin from the Reds at the deadline so that Jeff McNeil can play more at second base and force Guillorme into a stronger platoon with Escobar at third. And it has worked.

The team wants to continue what has been a winning formula and is going to call up Brett Baty — the second highest ranked player in their farm system and 18th overall in the league on MLB.com. Metsmerizedonline.com writer Michael Mayer first broke the news Tuesday, which was then confirmed by ESPN MLB insider Jeff Passan soon after.

While the team’s stance within the last couple of days was that they would not be calling up any of their top prospects, they had a need and Baty’s play in 2022 was undeniable. In 89 games at the organization’s Double-A affiliate, he put up a great slash line of .312/.406/.544 with 19 home runs and 59 runs-batted-in. However, he has been fantastic since getting the call up to the next level earlier this month. 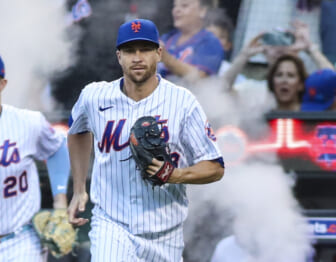 In his first six games in Triple-A, Baty did not have a slip back and delivered an impressive slash line of .364/.462/.364. While he is primarily a 3B, he has also done some time in the outfield while in Double-A. The MLB.com scouting report states he “has grown to be a capable defender at third base, where his plus arm fits the bill.”

It is unclear if Baty will play in Tuesday’s game against the Braves in Atlanta.