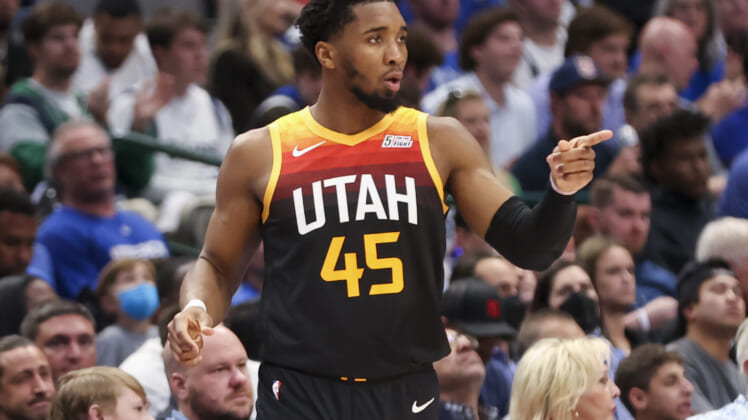 There have been rumblings about the Knicks’ interest in Mitchell for years. The organization is in desperate need of a proven All-Star and the New York native has often been considered a top option for team president Leon Rose and his front office regime. Furthermore, the team has worked hard since his hiring in 2020 to maintain cap flexibility and cultivate draft assets in the event a star like Mitchell became available.

Well, what the Knicks have longed for has finally come to pass and Mitchell is on the block. Earlier this week, it was reported that the Jazz is as willing as ever to hear trade offers for the 25-year-old. Along with that development, came the news that the Knicks have been laying the groundwork for a deal and are a front runner to acquire Mitchell soon.

On a Thursday edition of ESPN’s morning show “Get Up,” network NBA insider Tim Bontemps explained why the Knicks are perfectly lined up to achieve the end game that has been years in the making.

A deal for the star guard could very well include many of the eight first-round picks they have in the next few drafts and the Knicks’ top young player in RJ Barrett. Plus, forward Evan Fournier likely would be included in a swap to make the money end of the deal matchup.