Miami Heat should jump into Donovan Mitchell chase: How a trade might look

The Miami Heat is connected to Donovan Mitchell while in pursuit of Kevin Durant. What is the latest on the Mitchell front and what could be coming for Miami?

The Miami Heat have been connected to Donovan Mitchell for years and that only escalated further when Rudy Gobert was traded to the Minnesota Timberwolves. Now, it has taken another step forward.

What is the latest on a potential Mitchell to Miami deal and how does the organization navigate this around its pursuit of Kevin Durant?

The Miami Heat are making it known how they want to land the services of either Kevin Durant or Donavon Mitchell. This is big game hunting for Miami and it is superstar or bust. The latest on a potential trade of Kevin Durant to the Heat was covered on Wednesday afternoon after rumblings from NBA Summer League began to surface from some meetings.

However, another shoe dropped on Tuesday evening involving the Utah Jazz and Donovan Mitchell that surely put many organizations on notice moving forward.

ESPN’s Adrian Wojnarowski reported about Utah’s willingness to accept calls for its prized shooting guard. This opens the door for the Jazz to embrace a full-blown rebuild, as expected. The reports that Utah would keep Mitchell if an offer is not found desirable could be a leverage play by the organization as it doesn’t make sense to keep him throughout this process. 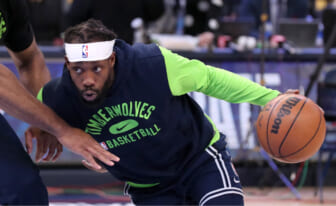 It is no secret that Utah’s CEO of basketball operations Danny Ainge has eyes on a full-blown rebuild, as stated above. Ainge has experience in the past with the Boston Celtics in such a scenario. However, this creates a very, very interesting dynamic for the Miami Heat as they try to acquire a superstar. The Heat is “all-in” on Durant while being enamored with Mitchell.

Miami is considered to be among the favorites in both scenarios. Obviously, the Heat is primarily focused on landing Durant but they can do multiple things at once, just in case. Kyrie Irving is also on the trade block and listed the Miami Heat as one of his preferred destinations. There are three stars on the market and the Heat are linked to all of them.

The Miami Heat’s package for Donovan Mitchell would be similar to their package for Kevin Durant. It’s going to take a good amount of assets to acquire Mitchell if he doesn’t specifically list Miami as his preferred destination.

It depends on what Utah will value the most in a potential package. If they value more draft picks, New York will easily be able to surpass Miami’s potential offer for Mitchell. But, the Heat have the edge on the young player headlining the package if Barrett is not included in the Knicks’ offer. This doesn’t even include other teams but they are the most likely options. 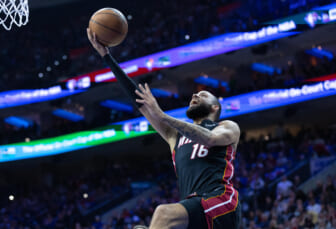 A starting lineup of Lowry-Mitchell-Butler-(Player X)-Adebayo would be really good. It would fit both Jimmy Butler and Bam Adebayo’s specific windows as Mitchell is turning 26 years old in September.

There are some pros and cons to trading for Mitchell instead of Durant. It wouldn’t take as big of a package and Mitchell is younger by eight years. But, Durant is the better player overall. The Heat should put their focus fully on both players in an effort to not come up empty-handed. If they feel like Mitchell might be the most likely option and Durant is fading, it seems reasonable to go through with Utah.

This isn’t the first time Miami has been involved in the hunt for a superstar but it feels rare to be connected to two players of this magnitude at the same time with the inevitable feeling of trades coming. It’s a fun, yet stressful time to be connected to the Miami Heat as a fan, player, and executive. The Heat seems to be in a prime position to land a star and a better world is coming.