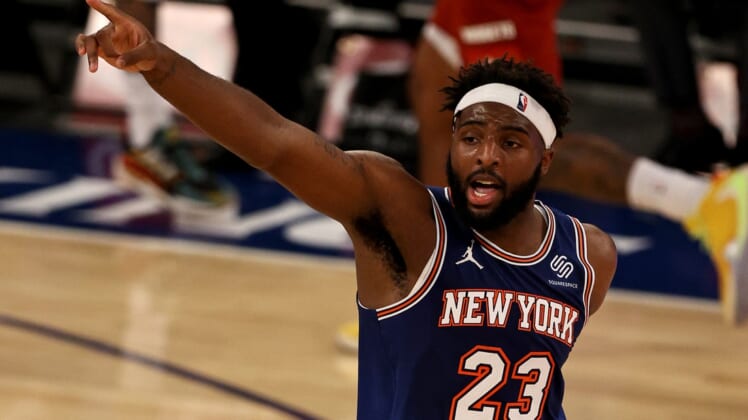 New York Knicks center Mitchell Robinson will have surgery on his broken hand and will be sidelined 4-6 weeks, ESPN reported Saturday.

Robinson fractured the fourth metacarpal in his right hand during Friday night’s 109-91 win against the Wizards in Washington, D.C.

He apparently sustained the injury late in the second quarter when he tried to contest a shot by Wizards forward Rui Hachimura and banged his hand on teammate Julius Randle’s elbow.

Robinson, 22, left the game after tallying 10 points, 14 rebounds and two steals in 20 minutes.

“We feel for him, but we have to get ready for the next one, and as you know the game keeps coming,” Knicks coach Tom Thibodeau said Friday night.

Options to replace Robinson in the lineup include Nerlens Noel, Taj Gibson and rookie Obi Toppin.

“I like the versatility of the team, but any time you lose a player of Mitch’s caliber we have to keep playing hard,” Thibodeau said. “You don’t replace a player like that individually, you have to do it collectively and step up.”