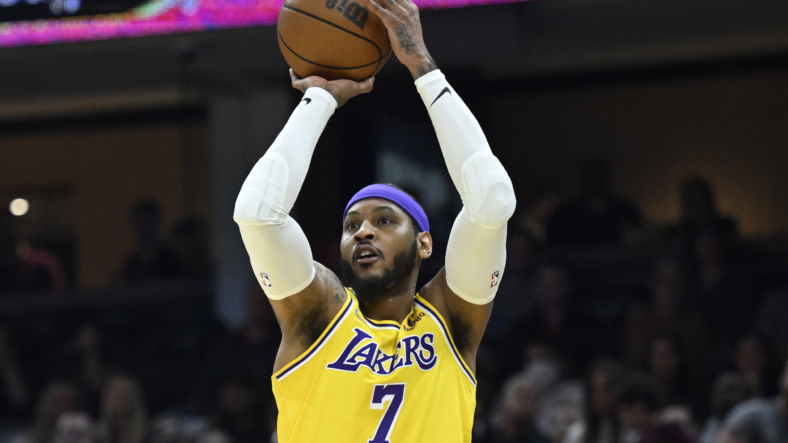 Both the New York Knicks and Boston Celtics may have interest in bringing future NBA Hall-of-Famer Carmelo Anthony back to the east coast for the 2022-2023 NBA season.

Anthony is one of the best scorers the league has seen over the last 20 years. His place at nine among the list of all-time NBA scorers is proof of his elite-level ability to put the ball in the basket. However, at 38 years old he has transitioned from being an offensive focal point to serving as a high-end six-man for the teams he has played for recently. That was his role last season with the Los Angeles Lakers, and he did a solid job in averaging 13.3 points, 4,2 rebounds, and shooting 38% from three in 26 minutes per game.

While his days in the NBA are likely numbered, he still has value around the league, and his willingness to take a bargain rate contract to join a competitive team only enhances that worth. That is why a couple of squads in the Eastern Conference that hope to be playoff bound and more have interest in signing the free agent forward.

On Tuesday, Bally Sports NBA insider Brandon Robinson revealed that the NBA championship runners-up and one of “Melo’s” former teams may be potential landing spots for the 12-time All-Star.

Gallinari signed a two-year, $13.3 million deal with the Celtics in July and was one of the notable acquisitions the team made this summer to bolster their bench for another run at the NBA finals. However, he is expected to be out for at least a couple of months as he recovers from a torn meniscus he suffered playing for Italy in a FIBA World Cup qualifying game last week.

Anthony would certainly perfectly fill the void left by the Italian and would get a legitimate chance to compete for a championship by being on the Celtics roster next season. 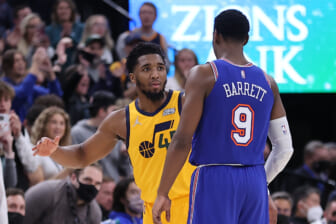 Also Read:
3 reasons why a New York Knicks trade for Donovan Mitchell is far from dead after RJ Barrett’s extension

The Knicks being interested in Anthony is a bit more surprising, however, since he had such a tumultuous fallout with the organization six years ago. The Knicks are now under a very different regime, but the roster is pretty deep when it comes to forwards and swingmen. Perhaps the Knicks’ interest in their former star is primarily based on if several of their young forwards are moved in a potential trade for Donovan Mitchell.