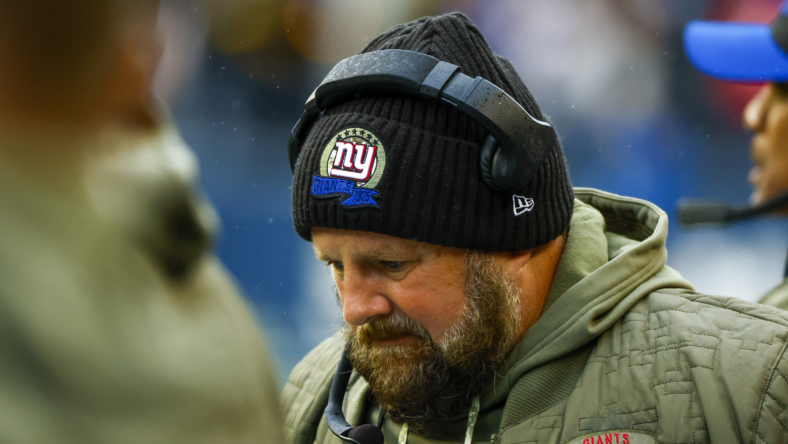 The New York Giants’ four-game winning streak came to a screeching halt on Sunday as they were defeated by the Seattle Seahawks 27-13.

While the defense didn’t put forth their best effort of the season, for the most part they held their own. This loss will be remembered for how poorly the offense played, and for Richie James fumbling twice on punt returns.

Going into this game it was expected that the offense would have an uphill climb as they had to deal with the crowd noise at Lumen Stadium, and they were without starting right tackle Evan Neal and tight end Daniel Bellinger. But no one could have fathomed that Daniel Jones would have just 17 yards passing in the first half.

Since the Giants developed a reputation this season of being a second-half team, there was optimism that they could overcome their 10-7 halftime deficit. But that would not be the case on this Sunday as Seattle outscore Big Blue 17-6 in the second half. 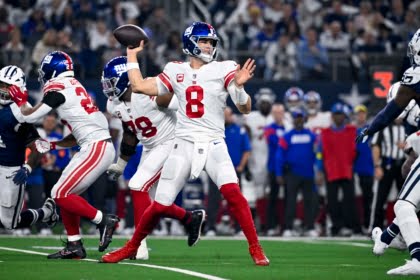 Jones finished the game by completing 17 out of 31 passes for 176 yards and was sacked five times. He wasn’t the only Giant that had a rough afternoon as the Seahawks’ defense held Saquon Barkley in check for the entire game. Barkley gained just 53 yards on the ground on 20 carries and had three receptions for nine yards.

He did score on a 1-yard touchdown run in the second quarter to tie the game at seven following Adoree Jackson’s forced fumble of Tyler Lockett. But Barkley was unable to produce a game-changing play that could have shifted the momentum in Giants’ favor. The offense was only able to muster 225 yards in the afternoon.

Despite their offensive woes, the outcome of Sunday’s game could have been different if not for Richie James’ two fumbles. You never want to pin a loss on one player as you win and lose as a team, but James’s fumbles happened at the most inopportune time. 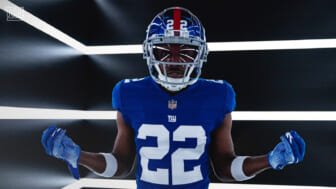 Four plays later Jason Myers connected on a 35-yard field goal to give Seattle the lead.

James’ second fumble would also lead to points for the Seahawks. With 6:18 remaining in the game and New York trailing 20-13, James fielded a punt at the Giants’ 21-yard line.  After gaining a couple of yards, Cullen Gillaspia, Joey Blount, and Travis Homer all covered and hit James causing a fumble that was recovered by Will Dissly.

Two plays after the fumble, Kenneth Walker III scored on a 16-yard touchdown run with 5:22 remaining to put the game out of reach.

It was a disappointing loss for Big Blue, but it doesn’t erase what they’ve accomplished in the first half of the season. If someone would have told you at the beginning of the season that the Giants would be 6-2 heading into their bye week you would have taken it.

But there are two glaring areas that need to be addressed. One is Brian Daboll is going to have to evaluate James as his punt returner as he now has three lost fumbles on the season. 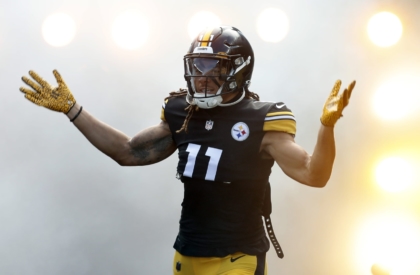 There are several potential receivers that might be on the trading block before the November 1st trade deadline. The question is will the general manager pull the trigger and acquire one of them, or stay put and hope to upgrade the position in the offseason?

After their bye, the Giants will return home and face the (1-5-1) Houston Texans as they look to get back to their winning ways.