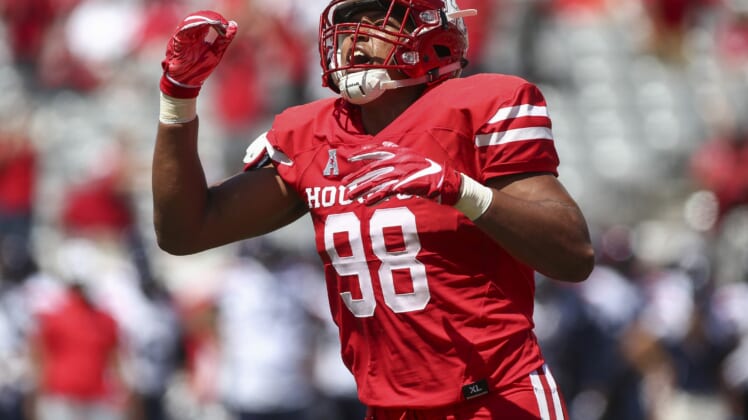 The New Orleans Saints made a surprising pick at 28th overall in the 2021 NFL Draft, selecting Houston defensive end Payton Turner toward the end of Round 1.

The 6-foot-6 edge defender is coming off a dominant showing in 2020. In just five games of action, Turner racked up five sacks and 10.5 tackles for loss, which shows how explosive he can be.

New Orleans surprised many by picking Turner, as NFL Network’s Ian Rapoport alluded to the gaping hole that still looms on the Saints’ defense:

But Turner is widely considered a late-rising prospect who had an outside chance to go Day 1. He has three solid years of starting experience, serious length and traits that New Orleans evidently felt were all too good to pass up. He’ll join an impressive position group headlined by Cameron Jordan and Marcus Davenport.