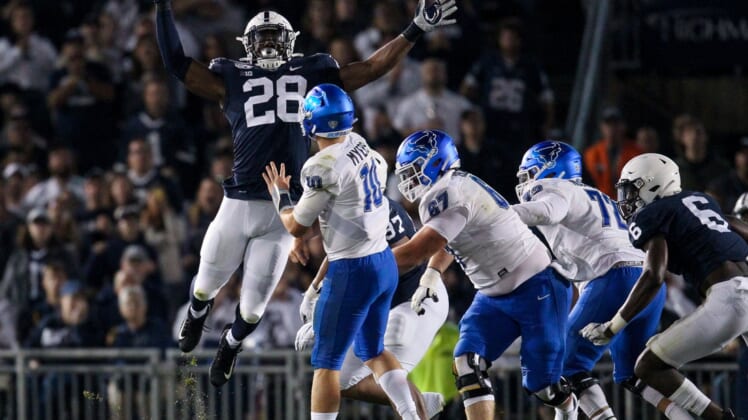 Fans at Penn State knew him as Jayson Oweh, but the Baltimore Ravens faithful will know him by a different first name: Odafe.

Oweh, the No. 31 overall pick in the draft by the Ravens, said he now prefers to be called by his given name. He used Jayson, his middle name, as a youngster when others had trouble pronouncing Odafe.

“I don’t care anymore; you’re going to have to learn how to pronounce it,” he said.

For the record, it’s pronounced O-dah-FEH.

The 6-foot-5 Oweh, a defensive end, played 24 games over three seasons for the Nittany Lions. He had seven sacks and 13 1/2 tackles for loss in his career.