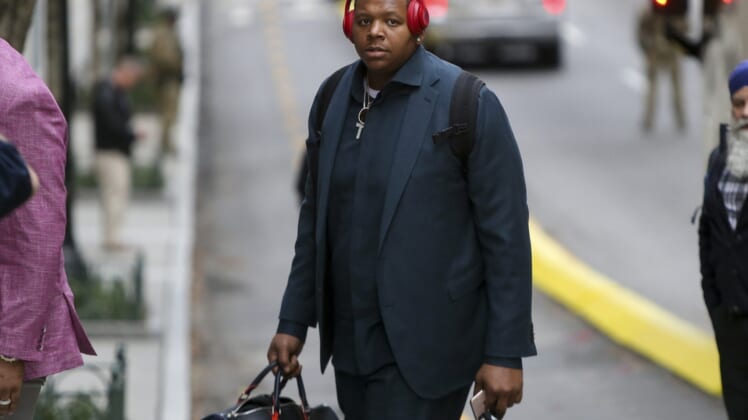 Offensive tackle Trent Brown is officially back with the New England Patriots.

Brown rejoins the team via trade from the Las Vegas Raiders, helping facilitate the move by restructuring his existing contract.

Linebacker Kyle Van Noy announced he’s headed back to the Patriots, and safety Patrick Chung made his retirement official on Thursday.

Brown previously played for the Patriots in 2018 after being acquired in a deal with the San Francisco 49ers. He left in free agency, signing a four-year, $66 million deal with the Raiders.

Brown agreed to a restructured one-year deal worth up to $11 million with incentives, ESPN reported Tuesday.

Released earlier this month by the Miami Dolphins, Van Noy will sign a two-year deal worth a reported $13.2 million.

Chung played 11 NFL seasons — 10 with the Patriots and one with the Philadelphia Eagles. The 33-year-old did not play last season, opting out due to COVID-19.

Van Noy, 29, spent four seasons with the Patriots and signed a four-year, $51 million contract in 2020 as a free agent in Miami, joining former Patriots assistant coach Brian Flores. He had 6.0 sacks in 14 games with the Dolphins last season.

The Patriots also signed pass rusher Matthew Judon, an unrestricted free agent who played under the franchise tag with the Baltimore Ravens last season, and cornerback Jalen Mills in a wave of moves to open the league year.