North Carolina State said “several” players have been placed in COVID-19 protocols and will miss the Wolfpack’s scheduled game Friday against Vanderbilt in the College World Series.

The start time of the game was delayed by about 70 minutes as officials worked to determine just how many Wolfpack players could be affected.

“NC State, the NCAA and appropriate parties are working together to monitor the situation,” a statement from NC State read.

NC State did not release the names of the players impacted or just how many players would be out for the game.

NC State, Vanderbilt, Texas and Mississippi State are the four teams remaining in the College World Series. A win against Vanderbilt would put the Wolfpack into the finals, which begin Monday. A loss would send the Wolfpack to a must-win game against the Commodores on Saturday in the double-elimination tournament. 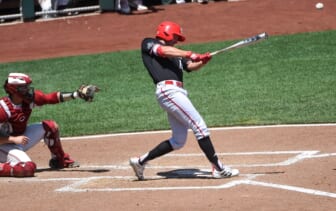 The 2020 NCAA baseball season was canceled because of the coronavirus pandemic.