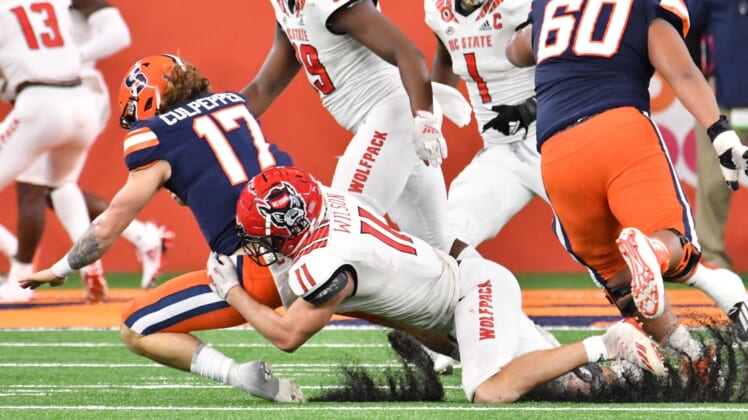 Wilson, a redshirt sophomore considered one of the best defensive players in the ACC, and Fagan are scheduled to undergo surgeries for undisclosed injuries suffered in Saturday’s 24-10 loss to Mississippi State.

“Both will recover fully, but both will require surgery and it’s sad, it’s heartbreaking,” coach Dave Doeren said Monday. “There are two guys who are obviously great players, but great people who worked hard. It’s the ugly part of football. The good news is, both of them will be fine post-surgery and recovering and have a chance to continue their careers.”

Wilson was the ACC’s leader in tackles per game in 2020 and was fourth in the nation with 108 tackles.

He was first-team All-ACC in 2020 and a preseason all-conference selection in 2021.

Fagan is in his first season at NC State after transferring from Florida State as a grad student. He played in 30 games (five starts) over four years with the Seminoles.

He entered the season with two years of eligibility remaining. Fagan had seven tackles and one interception in the Wolfpack’s season opener against USF.