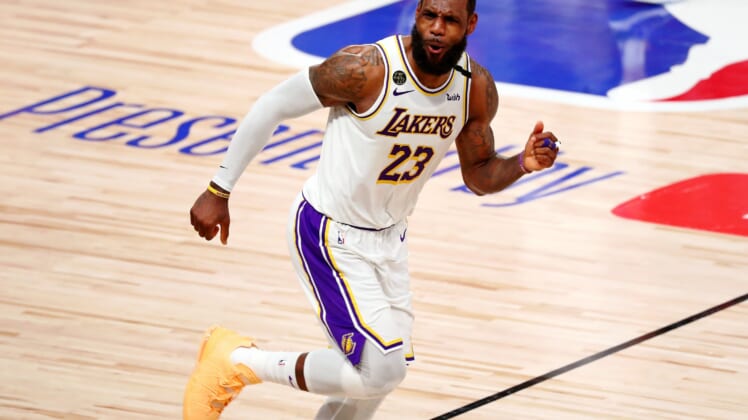 The NBA season is in the books and the Los Angeles Lakers are champions once again, but the focus is shifting to the 2020-’21 season with rumors of a new start date emerging.

Following an unprecedented 2019-’20 season that saw the NBA suspend action for multiple months after a COVID-19 outbreak and then returned with a playoff bubble, things are very different this year. With the schedule out of wack, we might now finally be getting answers for when next season will begin.

According to The Athletic’s Shams Charania, the NBA’s league office told the Board of Governors on Friday that the targeted start date for the 2020-’21 season is Dec. 22, just days before Christmas Day. In addition, the league hopes it can play a 72-game regular season.

This runs contrary to earlier reports that the season might be delayed until January, with the NBA prioritizing a delay to increase the odds of fans being allowed into stadiums. While the NBA’s bubble format was successful, both the league and players are against revisiting that format next season.

Instead, per The Athletic, the NBA may consider in-market play for next season. It would follow the same format we saw during the MLB season, when teams played against those within their region and didn’t travel more than a few states away.

There would be complications with starting the 2020-’21 NBA season on Dec. 22. For one, the COVID-19 pandemic will likely still be devastating the United States and there is a real chance fans might not be allowed to attend games. However, that might be the case if the league started in January.

Around the league, everyone is prioritizing a quicker start for next season. While the NBA ended its season on Oct. 11 and a two-month rest would be incredibly short, the league needs to return to some sense of normalcy. By starting the regular season in December, it would be much easier to play 70-plus games.

The NBA is in a difficult situation financially. It lost nearly $1 billion during the NBA Playoffs from the absence of stadium revenue, ratings for the NBA Finals were disastrous and the league likely lost hundreds of millions due to the fiasco with China.

Fortunately, things are starting to improve. China’s top television network is partnered with the NBA again and starting the 2020-’21 season in December would maximize the potential revenue for next season. If fans are allowed to attend games, even at significantly reduced capacity, it would be fantastic news for the NBA.